7 Ways the Psychology of Stalking and Psychopathy Relate

Although psychopathy and stalking are two distinct sets of personality and behavior, there are some similarities too, including impulsive, aggressive, and self-centered behaviors that violate the rights of others and lack sympathy

A psychopath is a person suffering from chronic personality disordered features that include irregular or aggressive social behavior. Many psychopaths appear to be unstable because of the inherent impulsivity and some use violent means to achieve their goals. Psychopaths are often indistinguishable from “normal” persons and even attract others to him because of their charm and glibness. But, they lack a sense of right and wrong and do not understand compassion. These features help make psychopaths manipulative and impulsive, which can lead to amoral behavior. Stalking, as unwanted or obsessive attention by a person or a group of people toward another person, is considered a type of harassment that can include bullying, targeting a person in various ways, or following and surveilling them. Stalking behavior is of interest in forensic psychiatry and psychology and considered a criminal offense in most Western countries, including the United States, United Kingdom, Canada, Germany, France, and Australia.

Many people consider that psychopaths and stalkers are similar due to the same actions, behavior, and approach. However, this is not the case as being a psychopath and a stalker is two different sets of mental behaviors. They act and take different steps for distinct reasons and with unique motivations. It is common for stalkers to be diagnosed with a different mental health disorder altogether. For the most part, people are not born evil, malicious, aggressive, and unkind. However, for one type of psychopathic personality, also referred to as primary psychopathy, genetic factors are thought to play the dominant part. The other type, secondary psychopathy, often referred to as sociopaths, is believed to be shaped by social and environmental aspects. Stalkers, on the other hand, are often driven by rejection, dependency, or delusions. Nonetheless, a typical psychopath and stalker may share some of the same characteristics.

Here is a look at how the psychology of psychopaths and stalkers are often similar. 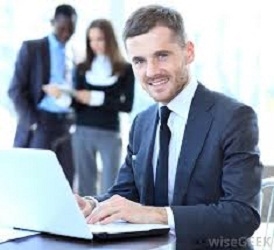 Ruth S. Kay is experienced essayist and blogger at Online Custom Essay Writing. His interests are wide, however, for the most part, he writes for instructive sites and web journals. He continually takes after his own particular strategies and continues thinking, and afterward composes his paper with the assistance of online custom essay writing service for entire scholastics throughout his life.