How Phobias Relate to Problem Drinking

Phobias are a type of anxiety disorder that is generally characterized by the overwhelming fear of a thing, action, or even and they are generally irrational in nature. In a large number of cases, the fear is of something that is fairly innocuous or very unlikely to ever occur. Still, the numbing fear and overwhelming experience explain why their phobias relate to problem drinking.

There are many specific phobias, such as fear of flying, fear of spiders, or fear of open spaces. Among the most common of all phobias are those termed as “social phobias.” They encompass disorders such as social anxiety or feeling embarrassed for no apparent reason. When faced with their phobias, patients often experience not only psychological symptoms but physical as well. Some symptoms include:

In an effort to manage these painful and sometimes overwhelming symptoms, many people turn to alcohol. The thought process is that a few drinks will loosen them up and calm them down. The problem is that this line of thinking can lead them to drink well beyond moderation. Using alcohol or drugs as a coping tool leads to addiction in many cases.

This is one of the reasons that phobias, social anxiety, and alcoholism occur together so often. In that moment of initial panic, the sufferer needs to escape the fear or feelings that define their phobia and will turn to whatever gives them relief immediately. When fear strikes, there is no real sense of moderation. A single cocktail can turn into a shot, etc. In extreme cases, a person can drink to the point of alcohol poisoning.

Even if a person starts out drinking in moderation, as their tolerance builds, they will need more alcohol before they begin to feel that sense of relief that they seek. In addition, it will become easier to rely on alcohol to help them through stressful situations.

What many people don’t realize is that alcohol can actually increase anxiety in the long run. The real problem, the phobia, is left unaddressed and self-medicating with alcohol or drugs can actually increase the feelings of anxiety. The most important thing that can be done when alcohol is being used as a coping tool is to quit drinking and seek psychological help for the underlying problem.

Rehab facilities are often geared toward alcoholism or drug addiction alone and aren’t equipped to deal with the underlying issues. If those issues aren’t addressed, however, the sobriety will most likely not be long lasting. Likewise, a therapist is often trained to deal with the phobia, but not the alcoholism. The best solution is an integrated approach to treatment that will address both issues.

Learning to cope with phobias or anxiety disorders without resorting to alcohol isn’t easy. A mental health professional who is experienced in dealing with anxiety disorders can help you learn the proper coping skills and the symptoms will often lessen almost immediately. The lessening of symptoms will, in turn, lessen the need to resort to drugs or alcohol as a coping method. While a rehab facility may initially be needed to help an individual quit drinking, without the help of a therapist to deal with the phobia, only half of the problem is being solved. 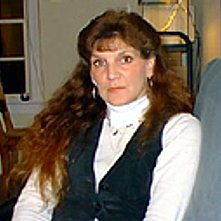