What is this study about?

This study compared adults with and without attention deficit hyperactivity disorder (ADHD) on measures of direct and displaced aggression and illicit drug use. Three hundred ninety-six adults were administered the Wender Utah Rating Scale, the Risk Behavior Assessment, the Aggression Questionnaire (AQ), and the Displaced Aggression Questionnaire (DAQ). Exploring specific maladaptive behavioral aspects of adult ADHD as coping mechanisms, the study concluded adults with ADHD more prone to aggression and illicit drug use.

The clinical applications in the diagnosis of ADHD should extend beyond symptoms and include coping mechanisms. Our study found a significant use of crack, methamphetamine, aggression, and displaced aggression and ADHD.

In practice, obtaining a history of drug use, type of drug, and age of first use of stimulant drugs may be helpful in making a diagnosis of ADHD. As reported in many studies, adults with ADHD may be undiagnosed. In our practice, we started to implement these questions after our first patient presented with comorbid cocaine dependence. He was an adult, in college, and he struggled with his “undesired” cocaine use. However, he reported it was the only way he could succeed in school. His drug history started in high school, first using large quantities of caffeine, which did not sustain his ability to concentrate. He tried other drugs and found that the stimulating effects of cocaine worked best and for the longest period of time. We worked together to wean him off of cocaine as we treated him with Ritalin. The treatment worked very well and fifteen years later he is successfully employed, happily married, and has three children.

This outcome changed our practice. We now investigate whether our patients are self-medicating because they either were never diagnosed with ADHD, or they assumed that they “outgrew” ADHD.  During the course of this study and because we were seeing a correlation with aggression and to some extent, displaced aggression, our practice changed again. We now include questions about aggressive behaviors regardless of whether they have “typical” ADHD symptoms. Usually, they report previous aggressive behaviors while growing up, but report that they modified those behaviors as they matured. We see this as yet another coping mechanism because, with further investigation, we often find that they continue to feel aggressive, but express it differently.  If they respond positively to aggression questions, we then investigate the possibility that they may have ADHD. Surprisingly (to us and these patients), many of these patients were diagnosed with ADHD.

More research needs to be done investigating “developed” coping mechanisms, latent repercussions of ADHD, and quality of life.  This may help us understand why adult ADHD is so under-diagnosed. Our anecdotal experiences described above and the findings of this study would suggest a focus on the choice of drug use, history of aggression, and displaced aggression. 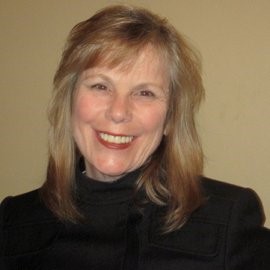 Annie Odell, PhD, Family Nurse Practitioner (FNP) is an Assistant Professor at California University, Long Beach and coordinator of their FNP program. She has a private practice with an internist in Pasadena, CA.