By Lia Ahonen, Assistant Professor in Criminology at the University of Pittsburgh 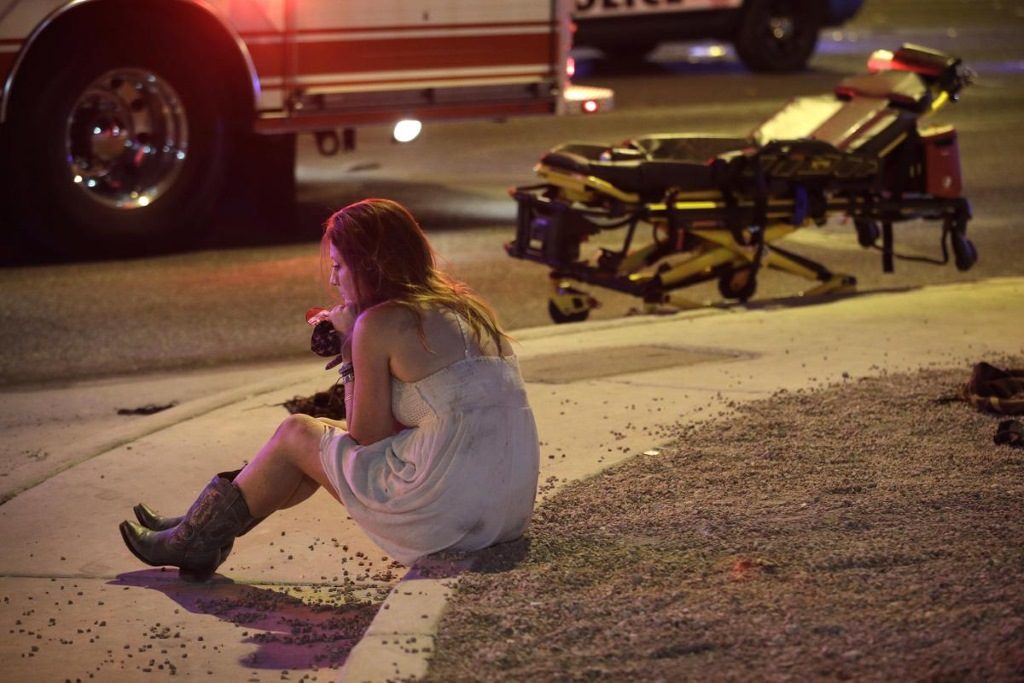 Starting in 1999 with the school massacre at Columbine High school and following the recent tragic mass shootings in the United States, and specifically the deadliest shooting in American history in Las Vegas, we are reminded all over again that lethal gun violence is not something that is isolated to certain environments with certain types of victims; instead it happens among all of us, at any time. The uncertainty of where, when and to whom it can happen creates fear and horror and it is natural to the human nature to seek explanations and to find scapegoats. News media reports on mass shootings often represent those events as common and random, while more frequent lethal gun violence with most often a single victim are underreported. Examples of such incidents are street shootings and domestic incidents, robberies and fights. Popular media reporting is seldom driven by empirical evidence and this fuels opinions to blame mental health problems and failure of the different systems to identify individuals that are dangerous to others.

Labeling is a Coping Mechanism

Inexplicable horror makes more sense if the perpetrator is different from oneself. Therefore, labeling is an effective strategy to reduce fears, since people tend to think “I don’t come in contact with that type of people [drug users, alcoholics, criminals, mentally ill] anyway”. To explain, it is not so much about what we (the normal people) are but rather what other people and groups of people are NOT. Often, humans attribute and associate violence, or other negative outcomes, to factors that differentiate themselves from the offending individual. It is for example common to use explanations like the offender is drinking too much, does not have a job, is clearly mentally disturbed etc., many of which are personal characteristic and not well proven. These types of factors are also related to what is seen in society as a description of someone not fulfilling the standard criteria of being a successful individual.

In Gallup polls following tragic mass shootings the majority of the public express that the reason for the shootings is a failure to identify people with mental health problems. Much fewer people on average think that access to guns is a causal factor for the shootings (see Ahonen, Loeber & Brent, 2017 for details). One of the problems with these surveys is that they are performed after mass shootings and so have a strong emotional impact on the public fear of mentally ill also for general violence. It is well known among experts in this area that the vast majority of all violence including gun violence in the United States is committed by individuals without any history of mental health problems, but access to guns.

Any Relationship Between Mental Illness and Violence is Complicated

To produce a counterweight to the public opinion we asked the same Gallup questions to a number of leading experts in this field, working with mental illness and violence (Ahonen, Loeber & Brent, 2017). The results are striking. Most experts agree that there IS a relationship between mental illness and violence, however, this relationship is so complicated that it is not very useful to focus on this very small group of offenders to prevent violence in society. Previous literature shows that for example schizophrenia and other psychotic states are related to a higher risk for committing violence especially immediately after release from psychiatric care, or within a short period of time. One solution to this would be to extend the aftercare following release and to not let patients “wander” off without support systems in place for adherence to medication and to face daily challenges. It takes financial support for extended community care and staff dense interventions such as case managing, however, the potential savings from a long-term perspective cannot be measured in cold cash.

As a next step we asked the experts to what extent mental health problems are to blame for mass shootings, and only two out of eleven (19%) experts said that it mattered either a fair amount or a great deal, compared to the public opinion where 80% blamed mentally ill individuals for mass shootings (Gallup, 2012). In addition to this distorted view of mental health problems as the cause of shootings, the evidence of an association between gun violence in specific and mental illness is almost non-existing. The experts interviewed stated that mentally ill were less likely to try to purchase a gun and to use it towards other people, however, if they do use guns it is more likely that they attempt or commit suicide.

In the Gallup poll, people also respond to what extent they think easy access to guns is a cause of these shootings, and 61% combined said that they believed that easy access to guns was to blame for a fair amount or a great deal. Comparing this to the experts’ opinions, 100% chose the alternative “to a great deal”. On top of that, all the experts agreed that the gun laws in the United States need to be much stricter, and the solution is NOT to arm school officials or increase the presence of armed personnel.

In an interview with President Obama (BBC, Jan 2016), he expressed frustration over the fact that he has not yet during his presidency succeeded to strengthen gun-safety laws, and that this is “the greatest frustration of my presidency”. Further, the President stated that since 9/11 less than 100 people have been killed in acts of terrorism, compared to the thousands of people killed by everyday gun violence.

Experts Agree that Gun Laws Need to be More Strict

One might argue, and some agencies and even researchers do, that people will kill people by other methods if this country had stricter gun laws, however that seems to be the case in neither the US nor other countries where overall homicide rates are much lower, and then we do not even attempt to include all the non-lethal gun injuries that occur every day. We asked the experts whether they thought that the gun laws in the US should be made more strict, less strict or keep as they are: All of the experts said that the gun laws needed to be more strict, and several of the experts expressed themselves strongly about the only solution to stop these killings is to “get rid of the guns”.

It is certainly true that “guns don’t kill people, people kill people”, but it is also true that people without guns do not shoot other people. Conservative voices, together with the public in Gallup polls, may say that they carry a gun for protection, however very few of the total number of shootings in the United States are related to self-defense. What it does is that it gives a false sense of security and may lead to an impulsive-aggressive use of the gun, and obviously, this has a much more dangerous outcome than if the person would have slapped someone. Mentally ill people should not carry or be allowed to buy guns, but neither should many other groups. Some groups, as for example previously convicted offenders, registered drug and alcohol abusers among others. Responsible gun owners need to be heard in this debate, the gun owners that know the value of adequate training and licensing to handle firearms.

One of the expert consultants said that while we focus on chasing people with a history of mental health problems, other groups with much higher risk do not get nearly as much attention (for example previous violent offenders and young people with conduct problems). Every year taxpayers contribute to interventions that aim to stop mentally ill from carrying guns, but the overall violence and the shootings do not decrease. Based on the results from the expert consultants, and our own conclusions, it is time to question the system of chasing mentally ill people and question whether all individuals with access to a gun is a potential danger to other people.

on the Web
More on: Research, Trauma
Latest update: November 1, 2017