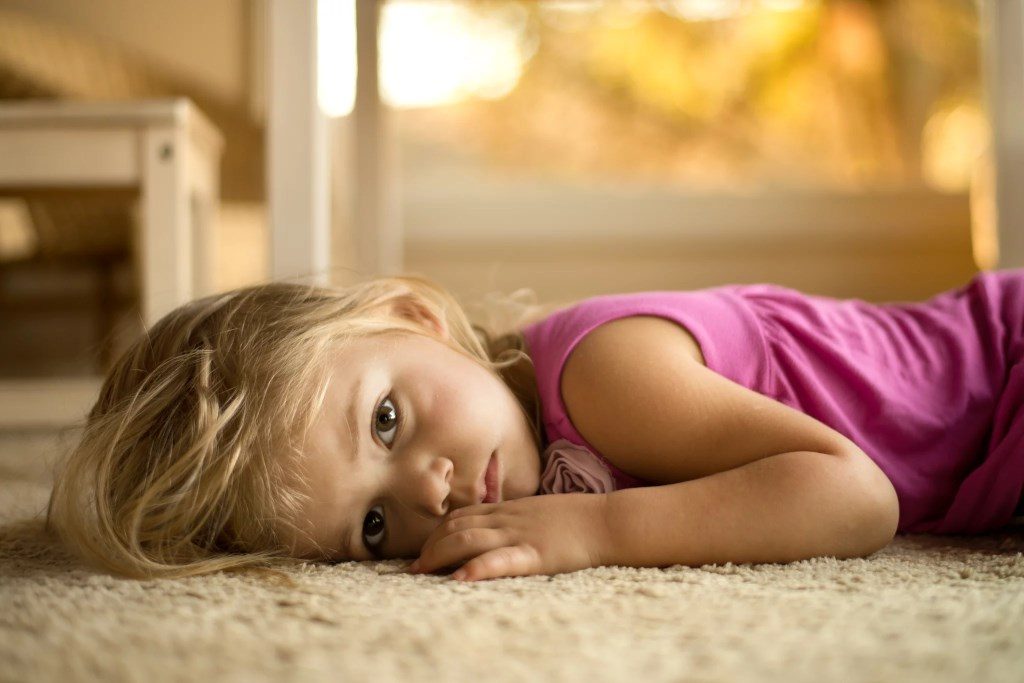 Early studies from the 1980’s described ‘borderline syndromes in children’ as major areas of dysfunction in emotional regulation, thought content and processes, relationships with other and impulsivity. Unsurprisingly, these ‘borderline syndromes’ were initially thought to be caused by a number of traumatic experiences such as maltreatment, deprivation, and exposure to chaotic family environments (Bemporad, Smith, Hanson & Cichetti, 1982). Consistent with this early research, a recent review by Sharp and Fonagy (2015) highlights contextual risk and vulnerability factors for adolescent BPD such as sexual and physical abuse, maladaptive parenting (maternal inconsistency; over-involvement), peer victimisation experiences and attachment disorganization, and genetic and neurobiological vulnerabilities. More recent studies have moved away from a diagnosis of ‘borderline syndromes’, to describing ‘borderline personality features’ within maltreated children populations. In line with these findings literature looking at clinical features of children who have been maltreated highlight affective instability, relationship difficulties, increased risk of suicidal ideation and suicidal behavior and negative self-concept (Rogosch & Cicchetti, 2005). Often these features present as sub-clinical thresholds (DeJong, 2010) resulting in children not getting access to services and later psychopathology as well as negative outcomes.

Despite clear evidence suggesting a role of childhood adversity in the development of personality disorders (Belsky et al., 2012), and even though early intervention for BPD is now widely accepted, there are still only a limited number of studies exploring the developmental trajectory of the disorder (Hawes, 2014). There has been a recent push for BPD as a priority for developing evidence-based prevention and early intervention pathways because BPD is highly prevalent in clinical practice among adult patients with mental health problems. In addition, it can be diagnosed in the early stages of the disorder, and borderline features in adolescence are flexible so this developmental period could be a good stage to intervene (Chanen & McCutcheon, 2013). The aim of our study was to develop and review the evidence base of vulnerable child populations who present with borderline features in order to contribute to the literature around early identification and prevention for this psychopathology.

Studies making an association between any type of maltreatment (physical abuse, sexual abuse, verbal abuse, emotional abuse and neglect) with borderline features in children or children diagnosed with a BPD were included. Studies looking at children who were 12 years or below only were included in the study selection as above 12 years old they would be in the adolescent phase of development and therefore this would answer a different search question. Case control, cross-sectional and longitudinal cohort studies were included. Descriptive studies without a statistical analysis were not included and only studies published in peer-reviewed journals were included to increase the validity of the systematic review. Only studies published in English were included. In total, ten studies met our eligibility criteria and all showed a significant link between maltreatment and borderline features in childhood despite different methodologies. Four early studies conducted before 2002 showed that children with BPD/borderline features were more likely to have a history of maltreatment compared to those with other clinical presentations. The six more recent studies showed that maltreated children were more likely to present with borderline features compared to children who had not been maltreated.

Our review highlights that children who have been maltreated may present with symptoms similar to borderline features such as affective instability, negative relationship, and difficulties with self-concept. Assessing these features individually could help develop individualized formulation-based approaches to work with maltreated children, which help to go beyond psychiatric disorders such as emerging BPD. Early identification of these features in children who have been maltreated can inform an individualized formulation for maltreated children and treatment of these features alongside psychiatric disorders such as PTSD which could help to improve outcomes for them (McAuley & Davis, 2009).

Although there are only a limited number of studies showing the link between maltreatment and borderline features in children, the clinical implications are important for shaping early intervention services. Particularly, if these features are risk factors for developing later severe and enduring mental health difficulties (Belsky et al., 2012). We suggest future research should explore the link between borderline features in childhood and later pathology through longitudinal studies. The severity of maltreatment by the number of types experienced and duration should be considered in these studies. Further, evidence based interventions should be developed to target this symptomatology. Full review reference

Dr. Jeyda Ibrahim, BSc, Dclinpsy, is a Clinical Psychologist at the National and Specialist Child and Adolescent Mental Health Services at South London and Maudsley NHS Foundation Trust and Attachment and Trauma Team at Great Ormond Street Hospital NHS Foundation Trust. She is a visiting teacher at the Institute of Psychology, Psychiatry and Neuropsychology. Her research interests include complex trauma, interventions for complex and severe PTSD in children and adolescents, and diversity issues.

Dr. Nicola Cosgrave, BSc, MSc, DclinPsy, is a Consultant Clinical Psychologist at the South London and Maudsley NHS Trust, and a visiting teacher at the Institute of Psychiatry Kings College London. She is currently the clinical director of the London Infant Family Team, NSPCC. Her research interests include complex trauma in under fives, attachment, and the mental health of looked after children.

Dr. Matthew Woolgar, MA, Ph.D., DclinPsy, is a Consultant Clinical Psychologist in the National Adoption & Fostering Service at South London and Maudsley NHS Foundation Trust. He has a particular interest in the assessment and treatment of complex presentations of adopted children or children from the care system, especially with disentangling the effects of biological and neurodevelopmental factors from attachment, trauma, and behavioral issues. Dr. Woolgar was an academic in attachment theory and developmental psychopathology before training as a clinician.