A Little Nip to Take the Edge Off: Stress and Alcohol Addiction

Mommy’s little helper. Liquid courage. Giggle juice. These cutesy euphemisms and innocuous descriptors belie the gravity of alcohol abuse in the industrialized world. No longer associated just with good friends and good times, alcohol is increasingly imaged as an instrument for coping with life’s challenges, a cure for the stresses of the modern world. Yet, stress and alcohol are closely linked.

What happens, though, when help turns to harm? Where do you go when the cure proves worse than the disease? Current research suggests a significant link between stress and alcohol addiction: a drink to help you fall asleep at the end of a hard day morphs into the needful thing to get you out of bed in the morning. A calming choice explodes into a driving compulsion.

“Regular alcohol consumption is linked to anxiety and PTSD.”

The neurological links between stress and alcoholism are complex and relatively little understood, but what is undisputed is that stress alters brain function and amplifies the brain’s response to alcohol (Amlung & MacKillop, 2014). This is especially true for individuals who are already genetically predisposed to addiction (Moonat & Pandey, 2012), as well as those who have endured early childhood trauma, which renders them more susceptible to anxiety and PTSD in adulthood (Colman et al., 2013).

Alcohol causes an increase in dopamine in the brain’s reward pathway, which is associated with urges and compulsions

Far from being some magic elixir to wash the worries of the day away, alcohol is in fact stress’s evil twin, marching in lock-step to blaze a trail of destruction across the lives of the vulnerable. The “Mommy’s little helper” and “liquid courage” models so pervasive today minimize what, for many, is a dual pathology, a multifaceted and potentially fatal illness that is part anxiety and part addiction. Stress is not simply a little bugaboo of modern life, easily managed with a strong shot here and a cold one there.

Failure to address the powerful and often destructive link between stress and alcohol leads to a dangerous form of denial. It is like closing your eyes to a gunshot wound and claiming you are cured just because you can no longer see the blood.

“The mere prospect of a drink triggers the release of dopamine, the brain’s natural reward and pleasure chemical.”

Research has shown that stress dramatically alters the brain’s response to stimuli, including alcohol cues (Amlung & MacKillop, 2014). That seemingly irresistible urge for a drink may, in fact, be a signal that your brain is stressed out and crying for relief, however destructive. In the presence of stress, the brain’s pleasure centers react more strongly not only to the actual consumption of alcohol but also to mere alcohol cues, the prospect of a drink as well as the reality.

And the effects are not merely one-sided: alcohol also impacts the stress response. Alcohol consumption increases the brain’s sensitivity to stress. Far from relieving stress, alcohol, in fact, induces it, enhancing the brain’s perception of stress while diminishing its tolerance.

A vicious cycle is born.

Thus, the significant and pervasive changes in brain function for those enduring stress (especially prolonged stress) mandate a proactive, evidence-based approach to stress mitigation if any alcohol treatment plan is to succeed. Stress is not simply something to be dismissed or minimized. It is not something that can be casually and independently managed. It is certainly not a factor to be excluded from the addiction recovery protocol. Stress is a thief of joy and alcohol is its partner in crime. For more information, please view Open Forest’s helpful resources on alcohol addiction and recovery: https://openforest.net/categories/alcohol/

Amlung, M. & MacKillop, J. (2014). Understanding the effects of stress and alcohol cues on motivation for alcohol via behavioral economics. Clinical and Experimental Research, 38(6): 1780-9. 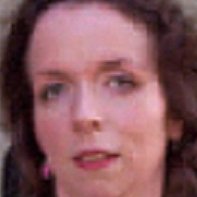