Describe the background leading to your research

Most social scientists, ourselves included, argue that children should never be physically punished. Spanking is not especially effective and can actually be harmful to children. This “more harm than good” conclusion has fueled an anti-spanking movement throughout much of the world, especially in Western Europe, where spanking is generally prohibited by law.

In the U.S., however, change has come much more slowly. There are no prohibitive laws in the U.S. and spanking is actually permitted in schools in 16 states. In addition, most U.S. parents continue to spank their children.  In one study, approximately three-fourths of mothers of third-graders had spanked their child at some point, and one-quarter had done so in the previous week.

The question is, why?  Why has the U.S. lagged so far behind other western democracies?

One potential answer to this question is that U.S. parents, compared to European parents, are more likely to be motivated by their religious convictions. Spanking is much more common among Christian parents, especially Conservative Protestants. For parents who believe that God himself has mandated spanking (“spare the rod, spoil the child”), the “more harm than good” conclusion of social scientists is likely to fall on deaf ears.

Research suggests that the attitudes of parents and young adults are malleable. When presented with the empirical evidence on the ineffectiveness and potential harm of spanking, some parents and young adults change their attitudes. When engaging Conservative Protestants on this topic, however, we have found that we cannot just address the empirical evidence. We must also offer alternative ways to interpret Christian scripture.

This inclusive approach is what we have attempted to examine in our research. In our study we initially had a sample of students at a conservative Christian University complete the Attitudes Toward Spanking Questionnaire.  One month later, students were randomly assigned to one of three intervention conditions: a Research Only Intervention, a Research and Religion Intervention, and a Control group. We hypothesized that we could produce attitudinal change by exposing students to research evidence on the potential harm and ineffectiveness of spanking. We also hypothesized that we could produce additional change if we exposed them to both the research evidence and an intervention designed to challenge conservative Christian beliefs about spanking.  Both hypotheses were confirmed.

“Spare the rod, spoil the child” does not actually appear verbatim in the Bible, and is instead a paraphrase of several passages from the book of Proverbs (e.g., 13:24; 22:15; 23:13-14; 20:30). The Religion Intervention we developed, which we deliver to participants in both oral and written form, suggests that the Proverbs passages should be interpreted in cultural context. In a world in which the weak and powerless, including women, children, ethnic minorities, and slaves, were sometimes violently mistreated, the relevant Biblical passages in Proverbs should be interpreted as encouraging a more humane and less violent treatment of others, including children. It, therefore, follows that although the Bible endorses the importance of discipline, that discipline need not be physical or violent in nature.

We have found that if we respect the views of conservative Christians, and offer Christians a new context within which to interpret the relevant passages, many are interested in what we have to say, and are open to attitude change.

The potential implications of our findings for practice are really exciting.  Those who deal directly with parents who physically punish (and sometimes abuse) their children must be sensitive to the Christian convictions of those parents, and be prepared to offer alternative interpretations of relevant biblical passages. Our research, we hope, can help them through this difficult process.

Legal scholar Victor Vieth has written a marvelous article for practitioners entitled, “From sticks to flowers: Guidelines for child protection professionals working with parents using scripture to justify corporal punishment” (William Mitchel Law Review, 2014). Professor George Holden, a psychologist at Southern Methodist University, is the leading researcher on changing attitudes using research interventions and has conducted numerous studies on the topic.  We ourselves have another intervention study soon to be published in Child Abuse and Neglect, as well as another underway that attempts to change attitudes among Korean Protestants.

The second author, Dr. Cindy Miller-Perrin earned her Ph.D. in Clinical Psychology from Washington State University and is currently Distinguished Professor of Psychology at Pepperdine University.  She is a licensed clinical psychologist who has worked with maltreated and developmentally delayed children and their families.  Dr. Miller-Perrin has authored or coauthored five books and more than 50 journal articles and book chapters covering a range of topics. 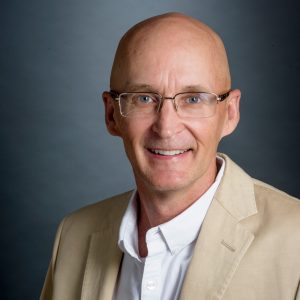 Dr. Robin Perrin earned his Ph.D. in Sociology from Washington State University and is currently Professor of Sociology at Pepperdine University. Dr. Perrin has coauthored four books related to deviant behavior, intimate partner violence, and child maltreatment, and is the author or coauthor of more than 30 articles and book chapters related to religion and deviant behavior.