Whether media has an important effect on youth, for good or bad, has been debated for decades…millennia really if we include dialogues going back to Plato and Aristotle. Despite so much attention clear answers have been elusive. Scholars continue to argue whether violent video games cause aggression or “sexy” media promotes risky teen sex. In recent years, we’ve seen a proliferation of “reality” television shows…many of which show considerable relational aggression, sexual acting out, appearance focus and other dramatic behaviors. Such shows are often popular among teenage girls which may lead parents to worry about their potential influences. But what does the research say?

There are no easy conclusions

Compared to other topics, like violent video games, there’s not much data on reality television. So, with two colleagues at the Girl Scout Research Institute, Kimberlee Salmond, and Karla Modi, we sought to look at relations between reality television watching and a variety of outcomes in a large sample of over 1100 girls, aged 11-17. We were curious how watching reality television would relate to several outcomes including their use of relational aggression (e.g. telling lies, spreading rumors, betraying secrets, etc.), appearance focus, self-esteem and expectations of dating relationships. Our data was self-report and correlational in nature, but we discovered some interesting relationships. Contrary to what many parents might suspect, evidence defied easy conclusions that reality television is good or bad. Specifically, we found that:

Watching reality television has little influence on girls’ well-being while personality is a greater predictor of outcomes (Image source: Pixabay)

Overall, across outcomes, the predictive value of reality TV was pretty small. As is true for most media effects, despite what some might claim, reality TV does not have a dramatic influence on teens’ well-being, either for good or ill. In fact, in our dataset, it was the teen’s own personality that was the best predictor of the outcomes. We measured histrionic personality traits…a tendency to be dramatic, sexualized, and manipulative to get attention. Histrionic personality was a far stronger predictor of most of our outcomes (self-esteem being the one exception.) So, who girls are as human beings is much more important than what they watch.

So, what are parents to do with this information? Well, first, although a lot of reality TV shows are certainly odious, there’s probably not much to worry about in the sense of these shows actually harming teen girls. Parents are probably most likely to worry that some of the “catty” shows may instill negative values in girls. But the evidence for this was slim. Girls who watch such shows actually felt better about themselves (perhaps due to comparing themselves to the nutty people on TV), and appeared to value themselves more in the context of dating relationships than girls who avoided such shows. Girls who watched reality TV did focus on their appearance more, although this effect was quite tiny, not dramatic. So, parents worrying that TV is warping their teens can probably relax a bit.

Second, we concluded that teen girls were not passive victims of media, but were active in shaping and interpreting their media worlds. Many of the girls were very skeptical that the reality shows were actually “real.” And girls appeared to select shows consistent with what they wanted to get out of them…not watch them randomly, soaking up bad messages as sponges. Thus, parents talking with their teen girls about the media they watch is likely far more valuable than setting draconian restrictions. Helping girls process and interpret the media they watch can be a valuable time for discussing values and fostering parent/child bonds.

Debates about media effects are unlikely to end anytime soon. But our study adds to an increasing pool of studies that suggest media have little developmental impact on youth. 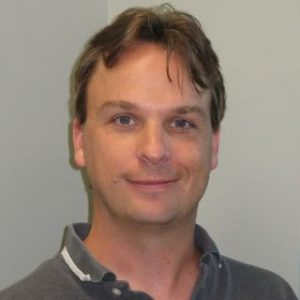