Research Spotlight: Views about being a Burden to Others are linked to Suicidal Thoughts

The main purpose of the study was to evaluate, whether perceived burdensomeness (i.e. the view that one’s existence burdens family and friends) is a risk factor for suicide ideation in a sample of German outpatients suffering from panic disorder, agoraphobia or specific phobia. The study focuses on one aspect of the Interpersonal Theory of Suicide1, a model of suicidal behavior that has established a considerable empirical foundation in recent years.

Persons who perceive themselves as a burden to others are at an increased risk to suffer from suicide ideation.  Although exposure-based therapy is very effective in reducing anxiety and avoidance behavior, it has no effect on suicide ideation (and only a marginal effect on feelings of burdensomeness).

Clinically, these findings suggest that it is advisable for clinicians to be cognizant of their patients’ impression of burdensomeness, as this knowledge may aid in the task of suicide risk assessment. Furthermore, the present results complement previous findings showing that treatment of suicidal patients is only effective when directly focused on reducing suicide ideation, but not when focusing on other symptoms (such as anxiety) with the aim of reducing suicide ideation as a secondary effect2.

In fact, there is already ample evidence that perceived burdensomeness is associated with suicide ideation and suicidal behavior3.  However, by now, only a few studies have used a prospective and longitudinal study design. Therefore, it is not clear, whether feelings of burdensomeness truly precede suicidal thoughts – which they should do, to be a relevant target for suicide risk assessment and treatment. Future studies are needed to investigate the prospective association between perceived burdensomeness and suicidal behavior (suicide attempts and suicides). Furthermore, we have to gain a clearer knowledge on how to help patients in overcoming feelings of burdensomeness.

Dr. Tobias Teismann is head of the Center for Psychotherapy at the Department of Clinical Psychology and Psychotherapy, Ruhr-Universität Bochum in Germany.

About Tobias Teismann, Head of the Center for Psychotherapy Bochum 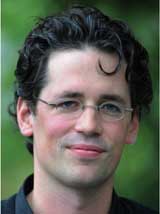 Dr. Tobias Teismann is head of the Center for Psychotherapy at the Department of Clinical Psychology and Psychotherapy, Ruhr-Universität Bochum in Germany.