There is evidence that doxazosin is effective in the treatment of posttraumatic stress disorder (PTSD). Doxazosin is a “me-too” drug of prazosin. Doxazosin has an improved absorption profile and this likely minimizes the risk for unintended adverse hypotensive effects. The availability of doxazosin in the gastrointestinal therapeutic system (GITS) form permits a higher initial daily dose (4 mg/day) while avoiding significant first-dose side effects. The treatment of PTSD with prazosin has several disadvantages due to its short duration of action (6–8 hours), which results in multiple doses being required. Prazosin may wear off and this may lead to nightmares in the latter half of the sleep. Doxazosin has significant advantages over prazosin in clinical practice because it has a long half-life and requires only once-daily dosing. This may lead to better adherence and greater effectiveness in the treatment of PTSD.

The research is promising, but what does it mean in simple terms?

Using Doxazosin to treat PTSD has several advantages over other drugs commonly prescribed, such as Prazosin.

In summary, the use of Doxazosin to treat the symptoms of posttraumatic disorder seems advantageous in many ways compared to conventional medicine. As such, the patient’s rate of adherence is better and the experience of effectiveness is also positive.

Link to the Primary Research Article

Dr. Maju Mathew Koola is an Associate Professor of Psychiatry and Behavioral Sciences at the George Washington University School of Medicine and Health Sciences in Washington D.C. and is an attending psychiatrist at the Sheppard Pratt Health System in Baltimore, Maryland. 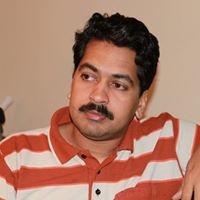 Dr. Maju Mathew Koola is an Associate Professor of Psychiatry and Behavioral Sciences at the George Washington University School of Medicine and Health Sciences in Washington D.C. and is an attending psychiatrist at the Sheppard Pratt Health System in Baltimore, Maryland.