In short, what are our studies about?

When we think of the early beginnings of our country, we remember such vivid historical accounts, as the one written in 1835 by Alexis de Tocqueville, in which he praised the courage, industriousness and creativity of Americans as well as their concern for community and their country. If Tocqueville were to revisit the United States and meet the likes of Christopher Lasch, who wrote an influential book entitled, The Cultural of Narcissism (1978), he might be dismayed to learn that egotism and selfishness, which he considered to be vices, were rampant in society. He would be astonished to learn how the cultural values in the New World have changed over time as evidenced by a trove of cultural symbols and artefacts.

Known for his skills of observation, Tocqueville would no doubt be interested in a content analysis of song lyrics, that were popular between 1980-2007, completed by DeWall, Pond, Campbell, and Twenge (2011). The researchers found that the use of words related to self-focus and antisocial behavior increased while words related to other-focus, social interactions, and positive emotion decreased. Tocqueville might read about signs of destructive narcissism found in CEO letters to shareholders in corporate annual reports (Craig and Amernic, 2011). While Tocqueville would have trouble using a computer for the first time, he might be curious as to why social media websites were so widely used. He would need an explanation of what a “selfie” is (Oxford Dictionaries’ 2013 “word of the year”) and how to use a “selfie stick” (one of Time magazine’s 2014 best inventions). And why do people constantly update their profiles on Facebook?

In our studies, we examined reading preferences in the United States as an unobtrusive indicator of societal narcissism. Mullins and Kopelman (1984, p. 720) defined societal narcissism as “self-absorption: e.g., concern for psychic self-improvement, mysticism, and an interest in health, physical fitness, diet, and sexuality.” If it is true that we have become an increasingly narcissistic society, as many social scientists have claimed, this phenomenon should be reflected in the types of books that are most widely read. Unobtrusive measures are important when other research methodologies, such as surveys and questionnaires, are not likely to yield accurate results because answers would be significantly influenced by social desirability bias. This research was subsequently updated to cover the period from 1980 to 2013.

What exactly did we measure and what were our main findings?

Why are our studies important?

Our findings of a continual increase in societal narcissism do not bode well for the future. Our society is legitimatizing narcissism and might be encouraging our political leaders and chief executive officers to act in self-serving and destructive ways. In her study of Adolf Hitler, Joseph Stalin and Saddam Hussein, Glad (2002, p. 1) concluded that the framework with the most power in explaining their behaviors was that of the “narcissist with severe superego deficiencies.” Chatterjee and Hambrick (2007) found that CEO levels of narcissism were positively related to strategic dynamism (i.e., the amount of change in strategies) and grandiose actions (i.e., bold strategies measured by acquisitions of other firms), resulting in increased variance in firm performance. If we aim to develop good leaders who will have a positive impact on society, then we need to start increasing awareness of narcissism (in all its shapes and forms), rethinking the ways in which we raise our children, and developing better screens for high level positions in government and business.

Along these lines, Hogan and Kaiser (2005) noted that narcissistic individuals can interview very successfully for CEO positions, because they possess what might be seen as charismatic and visionary traits. The researchers point out that, ironically, such individuals were often poor leaders—more concerned with impression management than results. What companies should seek in a leader is someone with a proven record of team development and achievement. Collins (2001), in Good to Great, identified the key traits of Level 5 Leadership. Such leaders were not the ones who were “charismatic egotists” who achieved celebrity status. Instead, Level 5 leaders were highly disciplined, driven, and humble.

Richard E. Kopelman is Professor of Management at the Zicklin School of Business of Baruch College, and Academic Co-Director of the Executive Master of Science in Industrial and Labor Relations (MSILR) Program. The author of more than 150 published journal articles and chapters, his research has focused on improving work motivation, productivity, and organizational performance. View Richard’s LinkedIn profile. 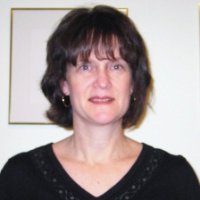 Janet L. Rovenpor is a Professor of Management at Manhattan College. Her research combines her training in Organizational Behavior with her concern for successful strategic management outcomes for corporations. Her articles focus on the impact that personality traits have on employee productivity and organizational performance.