Most social media users can relate to the experience of scrolling through their newsfeed and seeing people who appear to be incredibly happy. Everyone seems to be going on exciting vacations, having fun with their many friends, and accomplishing great things. But what about the rest of us? We know that our own lives aren’t perfect, but on social media sites like Facebook or Instagram, other people’s lives appear to be. Indeed, research has shown that people who spend more time on Facebook believe that others are happier than themselves (Chou & Edge, 2012). My coauthors and I theorized that these results are due to upward social comparison—that is, comparing oneself to someone who appears to be better off.

We tested this hypothesis in two studies. In the first, we simply surveyed college student participants about their social media use, their tendencies to compare themselves to others, and their self-esteem. This study showed that people who use social media more frequently make more upward social comparisons on social media, and subsequently have lower self-esteem. In the second study, we designed Facebook profiles for our participants to view. The college student featured in the profile was portrayed as being either very fit and healthy or very unfit and unhealthy. Furthermore, we manipulated the number of “likes” and comments the posts received, such that some participants saw a profile with an active, support social network, while others saw a less active network. Results of the second study showed that even short-term exposure to social media can affect self-evaluations. In short, viewing the profiles of people who were very fit or had an active social network led our participants to feel poorly about themselves.

Given the amount of time people spend on social media, these results have important implications for psychological well-being. Using Facebook, Instagram, or other social media sites regularly may lead to lower self-esteem and poor self-evaluations. This seems to occur because social media users compare themselves to people who appear to be very attractive, successful, and popular. In another research project, we found that people who frequently compare themselves to others in daily life are more negatively affected by Facebook use than those who do not make as many social comparisons (Vogel, Rose, Okdie, Eckles, & Franz, 2015).

Using social media is not always negative, however. Some studies have found that social media use leads to positive outcomes, such as increased life satisfaction, perceived social support, and self-esteem (e.g., Ellison, Steinfield, & Lampe, 2007; Gonzales & Hancock, 2011; Nabi, Prestin, & So, 2013). Based on research, here are a few tips for healthy social media use (from Vogel & Rose, 2016):

In sum, it is important for social media users to remember that they are only seeing the “highlights” of other people’s lives. We know all the ups and downs of our own lives, and those of our close friends, but our acquaintances often appear to be perfect. This research suggests that spending too much time on social media leads users to compare themselves to unrealistic versions of other people, causing low self-esteem and poor self-evaluations. 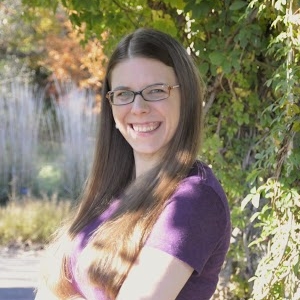 Erin Vogel is a doctoral candidate in Experimental Psychology at the University of Toledo in Toledo, Ohio. Her research mostly focuses on comparison processes and outcomes in applied contexts, such as social media and health. Erin plans to complete her Ph.D. in 2017.