Social media radicalization and recruitment are tools used by many terrorist organizations to grow their followers by targeting vulnerable and marginalized individuals.

The study is about the impact that social media and internet technology have had in assisting terrorist groups with recruitment and radicalization efforts. This research highlights the many grave psychological impacts that are felt when the internet is used as a terrorist recruitment tool to virtually invade homes worldwide. This research shows that all psychological aspects (radicalization, depression, anxiety, and cyberbullying) of digital media usage come into play in terms of a terrorist group successfully targeting and recruiting individuals online. Terrorists seek out those that may be prone to feeling marginalized, alone, seeking a greater cause, or misunderstood.

The research raises awareness as to the prevalence of social media recruitment and radicalization and offers suggestions for deterrence to this increasing trend. An important take-home message from this study is that terrorist groups use new and emerging technology to constantly evolve their methods of radicalization and recruitment and as such, our responses to terrorism need to evolve as well. There is a quote by William Ralph Inge, that states “Let no one suppose that evolution will ever exempt us from struggles. ‘You forget,’ said the Devil, with a chuckle, ‘that I have been evolving too.’”

The use of social media methods (Facebook, YouTube, Twitter, etc.) are advantageous to terrorist groups for a variety of purposes, for example, it is cost effective (free), allow nearly limitless exposure to the group’s cause and ability to spread their message to a wide audience, and convenient (recruitment can take place while sitting in front of a computer screen with no travel required and threat of detection by law enforcement is diminished).

My research also discusses the impact social media has had in successfully luring women to terrorist groups. The psychological impact of women joining the terrorist’s cause is pertinent due to underlying social assumptions of women being nurturing, caregivers, and less likely to take up arms and arouse suspicion of law enforcement. By utilizing this portion of the population that is characteristically seen as “safe”, terrorist groups are able to send an emotional message that “threats are all around you”. Online radicalization has dominated many headlines this past year pertaining to homegrown attacks on US soil, the Orlando nightclub shooting for example. In this instance, the attacker was an American who was born in the state of New York. He was largely radicalized online, and had no direct ties to ISIL, but pledged allegiance to the group during his attack. The psychological impact of a lone wolf terrorist claiming ties to a terrorist group is similar to the impact when the group uses a woman to spread their message of terror- it generates fear in the public population and the perception that terrorists are all around us.

Terrorist groups and illicit actors are also using online methods to conduct cyber-attacks. The resonating impact of cyber-attacks is that they don’t always have to be successful; the threat of cyber-attacks on businesses, electrical grids, etc. is enough to instill fear in the general public.

The findings show that psychology plays a large part in understanding why an individual may wish to be a part of a terrorist organization. This research discusses why people may be prone to joining terrorist groups in the first place. People are often drawn to these groups when they long to be a part of “a greater cause or purpose”, they feel something missing from their lives and the group dynamics provide a sense of belonging, closeness or bond. Simply stated, online social media is used by terrorist groups to spread terror, but is also used by these same groups to create bonds and “relationships” with the terrorists themselves. In order to effectively deter recruitment and radicalization online, deterrence methods have to include using the same media platforms that the terrorists use to spread their message. The importance of spreading a “counter-message” online is one crucial aspect of deterring recruitment and radicalization online.

Link to the primary publication 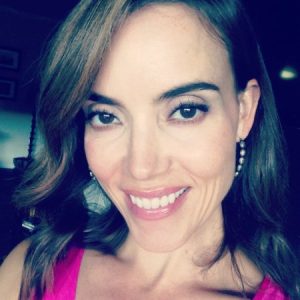 Maeghin Alarid has an MA International Security and Homeland Defense and a certificate in Terrorism Analysis. She works for Toeroek Associates and is a lead policy analyst at the Institute for National Security Studies onsite at the Air Force Academy in Colorado Springs. She has experience in curriculum development and instruction as well as in Homeland Security and exercise planning. She has worked with State, Federal, and Military first responders as well as international students and has traveled to and instructed at various military bases throughout the United States.