We surveyed people currently working in NZ organizations about whether they had experienced negative behaviors at work, in person or online. A list of 22 negative behaviors was provided. Some were overt such as being ridiculed or humiliated at work but, because workplace bullying can often be subtle, the list included some items such as being subject to gossip or rumors. We defined bullying as having experienced two or more negative behaviors at least weekly for at least six months, as a key feature of bullying is that it is ongoing and repeated. Out of the 826 people who responded to our survey at 2 time-points, 15% had been bullied and 3% had been cyberbullied in the last 6 months. Nearly all who had been cyber-bullied had also been bullied in person. Bullying from peers was reported more often than from managers or supervisors. Experiencing negative behaviors led to more stress and worse health, and to seeing the organization as having worse leadership, more team conflict and less effective ways of managing bullying.

What would you say are the most important take-home messages from the study?

Workplace bullying is bad news. Whether in person or online, it leads to poor physical and mental health, poor work performance, more absenteeism and staff being more likely to quit. Despite its importance, participants did not think that their organizations were effective at  dealing with it.

Participants who had experienced cyber-bullying had also experienced bullying in person, although we do not know whether the bullies in both situations were the same. Tools like social media and email provide more ways for bullies to reach their targets, who often cannot escape except by switching off or avoiding technology which they need for work and social reasons.

What can organizations do about these problems?

Workplaces need to define bullying, have policies stating that it is not acceptable, and have strategies and systems which are effective, known about and used. If you are experiencing bullying, keep records of what is occurring, including time, place and any witnesses. Online messages should be kept, for example using screenshots. Records can help support investigation and follow-up. It’s important to find out what your workplace’s policies and procedures are, and to use them if possible. Cyber-bullying can leave a relatively permanent electronic trail which, with resources and effort, can sometimes be tracked down.

What future studies would you recommend to further examine these findings?

We need more examples of workplaces which are successfully dealing with these problems. One useful approach seems to be to build respect and civility in workplaces rather than focusing on poor behavior; the aim is to build norms of good behavior so that bullying cannot flourish. 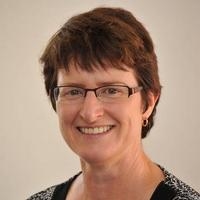 Dianne Gardner is a Senior Lecturer in Industrial/Organisational Psychology at Massey University, where she researches aspects of psychological wellbeing and healthy work, including workplace bullying and cyberbullying.