By Sarah Morsink, a PhD candidate at the faculty of biomedical sciences, KU Leuven

Attention deficit/hyperactivity disorder (ADHD) is a pervasive and developmental disorder interfering with everyday activities and tasks, and impairing social, psychological, and academic functioning. These problems may be the result of impairments in cognitive processes. However, this study underscores recent research that ADHD can also be associated with differences in motivation.

This study harvested a range of motivational factors from the adolescent’s own point of view. During interviews adolescents with ADHD and their typically developing peers (9-16 years) could describe what motivates them in daily life.

Teens with ADHD have different needs and motivational requirements

A range of factors could be identified, important to motivate adolescents with and without ADHD in daily life:  (1) achieving a sense of togetherness; (2) feeling competent; (3) fulfilling a need for variation; (4) gaining pleasure from applying effort to achieve a goal; (5) valuing social reinforcement; (6) desiring to be absorbed/forget problems; (7) feeling free and independent, (8) attaining material reinforcement; and (9) an enjoyment of bodily stimulation. Interestingly, individuals with ADHD differed on some specifics: their aversion for the passing of time, the absence of preference for predictable and familiar tasks, and their less elaborate description of the togetherness theme. That is, adolescents with ADHD described being together as a bond created by feelings of support and the possibility to confide in someone. While typically developing children also highlighted the importance of being themselves and mutual affection as a vital part of being together.

First, motivation is essential for optimal daily life functioning, such as academic performance. Scholastic tasks are usually lengthy, repetitive and boring; factors that seem to be less appealing to individuals with ADHD. Thus, it is important to acknowledge that poor results of adolescents with ADHD on such tasks may result from a lower intrinsic motivation to the task rather than specific cognitive deficits.

Second, motivation is key to the effectiveness of psychological treatment. This is especially important in the case of ADHD where maintaining motivation during non-pharmacological treatment may be crucial for behavior change. Therefore, in clinical practice these motivational factors should be targeted explicitly.  Additionally, ADHD-specific motivational needs should be taken into account. For example, individuals with ADHD might find routine intervention less enjoyable, potentially affecting treatment compliance and effectiveness.

Third, ADHD is characterized by impairment in social functioning such as less stable relationships than those of typically developing adolescents with more social rejection and conflict. Previously, this has been explained in terms of their social behavior, which is characterized by frequently not listening, interrupting others, disruptive and inappropriate behavior, making other individuals reluctant to relate to individuals with ADHD. However, the current findings underline the idea that children and adolescents with ADHD might also value social relations in a different way, and hence might have different reasons to engage in social contact.

First, current motivational research in ADHD mainly focusses on the factors of material and social reinforcement. Therefore future research should take into account the broad range of motivational factors as identified in our study.

Second, our findings cannot be generalized beyond the current sample of participants. Therefore replication of the current findings in a representative group of adolescents with ADHD and typically developing peers is important. 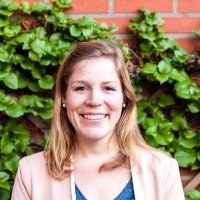 Sarah Morsink is a PhD candidate at the faculty of biomedical sciences at KU Leuven.