Research Spotlight: Cyberspace – How do We Protect our Learners from Bullying on This New Playground

The term bullying conjures up visions of the strong traditional schoolyard bully and the lesser subordinate victim being called names, punched or lunch box money taken from the victim during school hours or at least on the said premises, but in our digital age, the latest playground is cyberspace.

Cyberbullying is a leading cause of suicide

The cyber domain gives rise to different types of cyber violence, mainly via text messaging, picture- or video clips, inclusive of “sexting”, phone calls, e-mail, chat rooms, instant messaging, websites and blogs, social networking sites and internet gaming- activities participated in especially by young learners. Bullies in schools have become faceless, ageless, genderless and even the greatest nerd can turn into a superman by the click of a button. Cyberbullying in schools is a leading cause of suicide, school shootings and depression amongst our learners and it is this phenomenon which needs to be addressed to protect our children on the modern playgrounds of cyberspace.

Almost half of teens have experienced some form of cyberbullying

In a study conducted by the Centre for Justice and Crime Prevention in South Africa during 2009, it was found that 31% of young people interviewed in the four largest cities in South Africa, had experienced some form of cyber aggression while at school, whilst 42, 9% had experienced some form of cyber aggression outside of school. It is thus hardly surprising that the victims cannot flee from cyber-bullying. The US Centre for Disease Control indicated a 50% increase in young internet users reporting to have been victims of online violence. Lately, 34 states in the United States of America passed specific cyberbullying laws or amended their anti-bullying statutes to include cyberbullying or electronic harassment scenario in an effort to curb bullying in cyberspace.

Legal requirements of possible solutions, legislative or policy driven interventions to prohibit or minimize cyber-bullying in an educational environment need urgent intervention, partly due to the fact that the school environment is one of the most important social spheres in which children operate. The significant influence that educational institutions have on children’s psychoeducational development cannot be overstressed and is a school no longer only a place of learning, but also a place of safety. Cyberbullying negatively impacts on this very “safety” requirement in that where bullying used to be limited to the four walls of the school, it is now without boundaries and continues off the school premises, outside of school time and off the playground.

Cyberbullying is linked to teen depression and delinquent behavior

Bullying in general leads to feelings of incompetence, alienation, and depression in schools, it has been shown that cyberbullying may result in low self-esteem, family problems, academic problems, school violence, delinquent behavior and suicidal thoughts. This is no minor problem: The attempt to demonstrate power and authority over subjects through ‘anonymous’ cyberspace is experienced by as many as 93% of youth accessing the internet in North America. Cyberbullying has been described as being more pernicious than traditional bullying since it allows for the gradual amplification of cruel and sadistic behavior.

But what is cyberbullying? There is no single definition for cyberbullying: In South Africa but cyberbullying occurs when adolescents use technology deliberately and repeatedly to bully, harass, hassle and threaten, leaving their victims without any escape, as continuous technological development and increased connectedness are shrinking the world. Victims are therefore traced wherever technology is accessed – not only on the internet, e-mail or smartphones but through cellphones, tablets and any other way of sending or retrieving data or voice messages Cyberbullying merely takes this phenomenon to the next level. All instances are characterized by a power imbalance, a clear intent to inflict harm, and the repeated occurrence of harmful acts Battling cyberbullying is one of the most pertinent challenges facing schools.

The overlap between bullying and cyberbullying is substantial, with nearly two-thirds of cyberbullying victims reporting that they were bullied at school as well (Schneider et al., 2012:175). An estimated 160 000 children miss school every day out of fear of attack or intimidation by other students. A total of 72% of teens reported “at least one incident” of bullying online (name calling, insults via instant messaging or social networking sites), but 90% did not report the incident to an adult”

Judging by the medium through which cyberbullying is perpetrated, one would be tempted to argue that a child can avoid being cyberbullied simply by not logging on electronically. However, this does not hold water: The publishing of defamatory personal material on the internet is extremely difficult to prevent, and, once posted, millions can download it before it is removed, at which time it becomes irrelevant whether the victim was logged on or not. Rather, the specific nature of cyberbullying poses problems relating to the basic rights of learners and educators that are guaranteed by the Constitution. While learners have the right to free speech and expression in terms of the South African Constitution, cyberbullying in a school could also interfere with other fundamental rights entrenched in that same Constitution, including the right to equality, the right to dignity and the right to privacy. Therefore, tackling the issue of cyberbullying in schools requires an enormous balancing act.

A multidisciplinary approach is required

School leaders cannot ignore cyberbullying but rather must understand its legal and psychological ramifications and work with staff members, students and parents to stop it. It is thus clear that the impact of cyberbullying on the education sphere extends from the individual learner to the learner collective, through to the school and education system as a whole.

In South Africa, cyberbullying as such is not prohibited by legislation, which seems to be a deficiency in our legal system. South African responses are fragmented and rely on various pieces of legislation, common-law definitions of criminal offenses and civil law remedies – none of them being preventative measures. Should cyberbullying lead to crimes being committed, either common-law crimes or statutory crimes, the normal criminal avenues should be followed to institute criminal action. This is however not desirable in a school environment.

The South African Schools Act 84 of 1996 (Republic of South Africa, 1996c) does not prohibit bullying or cyberbullying but refers to “abuse” as bullying. A Bill of Responsibilities for the Youth of South Africa refers to the obligations of the youth with reference to the constitutional imperative of ensuring the right to freedom and security of the person and explicitly prohibits bullying. Cyberbullying would naturally undermine these principles. It is tendered that this is not enough to protect our vulnerable learners. The question should rightfully be asked, where to now?

There are several options available to deal with cyberbullying. At the top of the wish list of possible solutions would be legislation specifically drafted to protect learners against all forms of cyberbullying, thereby giving effect to the protection granted to our youth through the Constitution – the guarantee of a safe learning environment; the balancing of freedom of speech with criteria for intervention; the protection of children from internet exploitation, and the balancing of defamation claims with the right to privacy and the rights of end users. Since this is not happening, South Africans could borrow from foreign jurisdictions. The Protection Against Harassment Act could be used, but once again, it is not desirable to have the police involved with learners in a school setting. The Olweus Bully Prevention Program proposes to be the most researched and best-known anti-bullying prevention program available.    Safe to tell (safe2Tell) is another avenue to be explored (website http://safe2tell.org/resources/for schools/) as these principles of anonymous reporting and the creation of awareness could easily be adapted to prevent cyberbullying in schools since it also advocates an integrated approach. Cooperation between schools, parents and the community should be initiated, and they should be informed of the resources available.

Internet safety awareness must be cultivated

Research has shown that ongoing discussions about internet safety between learners and parents, caregivers and teachers have reduced unhealthy social choices on the internet and proposed interventions for primary and high schools should be differentiated, as literature shows an increase in cyberbullying from primary to high school. Filtering options for end users are proposed as a technological tool. Client-side filters, content-limited internet service providers, and server-side filters can all block access to any undesirable material. Even though no amount of proactive measures will completely eliminate bullying, restorative practices can go a long way towards addressing the negative effects of bullying, which is why the adoption of specifically drafted school policies is proposed in the absence of legislation seems to be the best option. Only after a policy has been adopted could internal disciplinary action be taken against learners and educators provided that the acts do not amount to criminal actions. In this regard, the United Kingdom has developed school anti-bullying resources – such as primary and secondary anti-bullying resource packs, including anti-bullying DVDs, booklets, specially designed ‘feeling cards’, posters, tip sheets and anti-bullying contact sheets – which could be customized for the local context to help curb cyberbullying. Local high schools have also started to address cyberbullying on their websites, which is encouraged as a preventative tool (Fairmont High School, 2011).

Allowing learners to express themselves through online communication undoubtedly has its merits, but where the content crosses the line between harmless and hurtful, schools should be equipped to protect victims against emotional harm and educational disruption, to protect the constitutional rights of our learners, and to ensure a safe school environment. Ultimately, the onus of responsibility is not solely placed on the shoulders of parents and guardians. Attenuating the problem of cyberbullying will necessarily involve contributions from multiple stakeholders, including counselors, school teachers, administrators and law enforcement. Although cyberbullying can hardly be prevented as technology is here to stay, there is much schools can do even in the absence of specific legislation to protect learners against the infliction of harm in cyberspace. 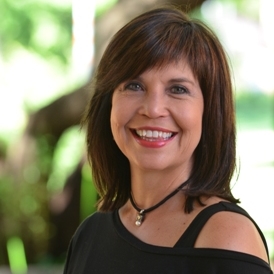