Research Spotlight: Australian Mass Shootings – What are the Risks and Who are the Offenders?

Despite their incredible rarity, mass shootings garner substantial attention from the public, the media, and politicians.  Invariably, one reaction is the demand that somebody should “do something” to stop these events from happening again.  While this desire is entirely understandable, predicting such rare events is extremely difficult – if not impossible – and the ability to develop policies that may assist in reducing the occurrence of such events is constrained by a limited evidence base.

To date, most study of mass shootings comes from the USA.  Given the unique characteristics of that country in terms of firearm ownership and culture, it is prudent to look at other countries’ experiences, in order to inform the development of international policy and practice.  This research examined Australia, where 14 mass shootings occurred over the 50 years from 1964-2014.  It considered whether risk factors for homicide offending in general – such as interpersonal conflicts, life stressors, or a history of violent behavior – were present among Australian mass shooting perpetrators.  It also considered mental illness.

Most of Australia’s mass shootings (71%) were ‘private place’ events that occurred between people who knew one another (typically, intimate/family members, and/or friends/acquaintances).  Four incidents were ‘public place’ shootings, with victims chosen largely at random.  The majority of incidents (10/14), including all four ‘public place’ incidents, occurred between 1987 and 1996.

Irrespective of whether the shooting was public or private, offenders typically had a history of difficulties and one or more acute or chronic life stressors.  These varied between individuals, and each individual case had its own pattern, but common themes were rejection (romantic and/or social and/or workplace), failure to meet social milestones, family difficulties and conflicts, and financial problems.  Just under half of the perpetrators had a history of violent and/or other criminal behaviors, including domestic violence, other assault, alleged fraud, and carrying a weapon.

Regarding mental illness, the findings suggest that severe mental illness (such as psychosis) does not appear to be commonly associated with mass shootings.  However, even though few offenders appear to have had a clinically recognized mental illness, many were clearly ‘troubled’ and had poor mental wellbeing.

The study suggests that mass shootings are a multifaceted phenomenon and that when perpetrators’ lives are studied closely, a very diverse range of background and contributing factors may emerge.

They show that mass shooting events are unlikely to occur because someone ‘just snaps’, but instead involve a complex interaction of individual and situational factors that have generally accumulated over a period of time. Although most people experience such challenges without resorting to violence, this observation highlights the importance of having social and other support systems for individuals experiencing difficulties.  For example, relationship conflict/dissolution is a recognized risk factor for lethal violence in intimate relationships, familicide, and homicide-suicide, irrespective of the method/s used or the number of victims.

Most research into mass shootings, including this study, defines a mass shooting as an event where four or more people are killed.  However, there are many different ‘types’ of mass shootings, each with their own distinctly different characteristics, precursors, and motivations.  When these important nuances are considered, a purely numbers-based approach to mass shootings becomes problematic.  For instance, if somebody goes into a public place and begins shooting, does it tell us anything useful about that perpetrator’s motivation if four or more people are killed, or if one person is killed and three or more are injured? Obviously not, and yet the first situation is studied as a “mass shooting”, while the second is typically not.  Future study of mass shooting incidents and perpetrators would be enriched by a more comprehensive conceptualization, which moves beyond the number of deceased victims as the sole inclusion criteria. 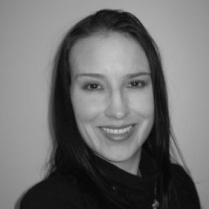 Dr. Samara McPhedran holds a Ph.D. in Psychology, awarded by the University of Sydney. She is currently a Senior Research Fellow with the Griffith University Violence Research and Prevention Program. Dr. McPhedran’s area of particular expertise is firearm policy and firearm injury prevention.