In short, what is this study about?

Alcohol consumption is common across diverse populations in the United States; however, the level of consumption and its consequences vary considerably across major demographic subgroups. In order to shed light on alcohol-related group differences in regards to age, race/ethnicity, and gender, we compiled findings from two US epidemiologic surveys – the National Epidemiologic Survey on Alcohol and Alcohol-Related Conditions (NESARC) 1 and the National Survey on Drug Use and Health (NSDUH) 2.

Although White respondents report the highest prevalence of alcohol consumption, alcohol abuse and dependence are most prevalent among Native Americans.8 Native Americans and Blacks are most vulnerable to alcohol-related health consequences, such as suicide 9, homicide 10 and motor vehicle crashes 11.

Regarding gender, epidemiologic findings consistently support that men are at increased risk for alcohol consumption and heavy drinking compared to women. However, the gender gap in alcohol use is closing amongst younger cohorts. 12 Lastly, men are at a greater risk of alcohol abuse and dependence 8, liver cirrhosis, homicide after alcohol consumption, and drinking and driving 13.

Although the gender gap is closing in the younger generations, men remain at higher risk of addiction, committing violence, DUI, and liver cirrhosis (Image course: Pixabay)

Alcohol abuse and dependence, and alcohol-related health consequences such as drinking and driving, are preventable. From a public health perspective, it is necessary to understand how the burden of alcohol consumption is distributed across the population. Further, clinicians must consider group differences by age, race/ethnicity and gender when determining an appropriate treatment regimen.

The growing emphasis on group differences in alcohol epidemiologic research can expand our understanding of the etiologies of alcohol abuse and dependence, including the contribution of social contextual risk factors, and the receipt of prevention and treatment services.

What other studies can be recommended to further an understanding and application of the findings?

During our review, we came across several key studies focusing on how alcohol use and its consequences vary by age, gender, and race/ethnicity. However, more research is necessary to understand causal mechanisms contributing to the observed disparities in alcohol use disorder, binge drinking, and alcohol-related illnesses. This research requires a more comprehensive understanding of individuals, their interpersonal relationships, the communities in which they live and social policies and economics. Finally, ensuring representation of all demographic subgroups in the literature is critical in determining the effectiveness and suitability of novel interventions.

2(SAMHSA) SAaMHSA. Results from the 2013 National Survey on Drug Use and Health: National findings . Rockville, MD 2014.

7 Dawson DA, Li TK, Chou SP, Grant BF. Transitions in and out of alcohol use disorders: their associations with conditional changes in quality of life over a 3-year follow-up interval. Alcohol Alcohol 2009;44(1):84-92. 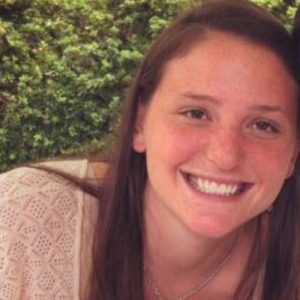 Erin Delker, M.P.H., is a Ph.D. student in the Department of Epidemiology, San Diego State University / University of California, San Diego, San Diego, California. She received her Masters degree in Public Health from Columbia University in 2013. Erin is interested in epidemiologic methods and health disparities. She has had experience in both developing and teaching epidemiology based curricula. She has also served as an Assistant Research Scientist at the Research Foundation for Mental Hygiene, a Research Assistant at Columbia University, as well as a Student Research at the National Center for Children in Poverty.