By Eveline de Zeeuw, a post-doc researcher at the Vrije Universiteit Amsterdam

Children with ADHD on average get lower grades, are more likely to repeat a grade and are more often referred to specialized education. These negative outcomes might be due to a causal effect, children with ADHD could have trouble staying focused at school and as a consequence perform less well on a test or vice versa, or it is possible that ADHD and lower educational achievement are linked because there are genes that are involved in a biological pathway with not only an effect on ADHD but also on cognition (this is called genetic pleiotropy). In this study, we tried to answer the question which of these mechanisms explained the lower educational achievement in children with ADHD.

In a large group of 12-year-old children from a non-clinical population, those with more ADHD symptoms scored lower on a national educational achievement test. More importantly, in genetically identical twin pairs, the child that showed more ADHD symptoms scored lower on the test than his or her co-twin who experienced fewer ADHD symptoms. In addition, in a twin study that corrected for the possible overlap in genes the direct negative effect of ADHD on educational achievement remained intact. Furthermore, children taking methylphenidate to treat their ADHD scored higher on the test than children with ADHD not taking any medication. In fact, they scored almost equal to the children that did not have ADHD. All findings point towards a causal effect underlying the association between ADHD and low educational achievement. What must be mentioned is that the effect was much larger for the inattentive symptoms domain than for hyperactivity.

A practical implication of a causal effect is that when using medication or following a behavioral intervention leads to a reduction in ADHD symptoms, especially inattentive symptoms, it can have a positive side effect by enhancing educational achievement. The positive effect of a reduction in ADHD symptoms on the performance of a child at school is important knowledge for parents who are considering the pros and cons of letting their child with ADHD be treated with medication or another form of therapy.

Although all the results from this study point to the existence of a causal effect of ADHD on educational achievement, a true causal effect can only be proven using experimental data. A future study might, therefore, be a randomized controlled trial (RCT) that tests the effect of methylphenidate on educational achievement by randomly assigning children to either a group receiving medication or a group that gets a placebo and comparing the school performance of the two groups. 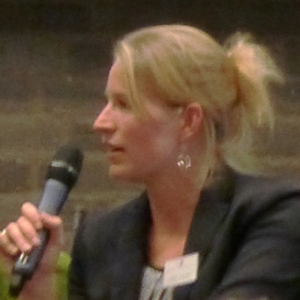 Eveline de Zeeuw is a postdoc researcher at the Netherlands Twin Register (NTR) which is part of the Department of Biological Psychology of the Vrije Universiteit Amsterdam in the Netherlands. Her research interest is the link between educational achievement and psychopathology and the influence of environmental factors on the cognitive and behavioral development of children.