Research Spotlight: The Process of Online Radicalization and Terrorism

This study examines an alternative model about how individuals are radicalized online to support the basic foundations of Islamic terrorism. This does not mean that individuals will become terrorists but it is the precursor that individuals hold beliefs about the need for violence.

Rather than look at what individuals believe, this study focused on the how question. In other words, how do individuals get radicalized online?

In the online radicalization process, at-risk individuals become isolated from other perspectives and become indoctrinated by a network of individuals with whom they find kinship and acceptance

What are the main concepts of online radicalization?

The study uses concepts from historian and philosopher Michel Foucault who looked at the concept of psychiatric power within a mental institution. His main idea was that power was not a top-down force, but rather a network of forces that used individuals and discourses to try and normalise the behaviour of patients.

This study applied this concept to online radicalization as follows:

What does an online model of radicalization look like?

Firstly, like a castle or an institution, an individual enters an isolated place which is dedicated to a single purpose. They do this with disciplined regularity and explore their new purpose. An individual may spend a regular time online away from others seeking out radical Islamist material.

Secondly, by seeking out such material an individual is being constantly exposed to a new set of discourses, a new mental framework that says that Muslims are the victims of Western aggression and the solution is to respond with violence through jihad. Competing, moderate voices are shut out of this institution with individuals being carefully directed to key pages that reinforce the ‘truths’ of Islamic radicalization. Targeting the emotions is especially critical in creating new beliefs.

Thirdly, individuals then become embedded in a networked web of power where there is the illusion that others are serving them and showing an interest in them. Individuals are encouraged to create their own posts within a careful framework of radical Islam. It is critical to understand the relationship between discourse and power.

Individuals who spend a lot of time seeking out certain types of material such as radical Islamic material or who are directed to this material from other pages or sites are likely to become radicalized through the above mechanisms. It is critical that parents are aware of their child’s online activities so that radicalization, Islamic or otherwise can be avoided.

The internet and social media are like institutions where individuals can become isolated and new mental frameworks and beliefs can become normalised through networks of power.

Understanding these mechanisms can lead to better prevention and intervention strategies to help prevent radicalization.

What research is needed further?

It is important to also look at the relationship between online and offline activities especially in making the jump from an Islamic radical to a terrorist. In addition, there is a need to further refine this model to more explicitly look at discursive factors. 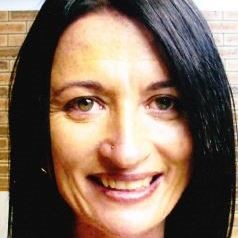 Robyn Torok has recently completed a second PhD in Security Science at the Security Research Institute, Edith Cowan University, Australia. She has most recently published an article titled "Developing an explanatory model for the process of online radicalisation and terrorism" in the Security Informatics Journal.