Dr. Elizabeth O’Connor and colleagues studies the importance of depression screening in women during and after their pregnancy. They published their research in the prestigious Journal of the American Medical Association (JAMA). A full text version is available for free through JAMA.

The study was used by the United Stated Preventive Services Task Force in their recommendation for depression screening in adults.

Dr. O’Connor, why do you find this topic important?

Depression is common for women during the pregnant and postpartum period and very difficult for them and their families.

What was the goal of your study?

Our goal was to examine whether screening and treating pregnant and postpartum women for depression in primary care settings reduces depression in these women. We also looked at whether there are harms associated with these services. Finally, we asked whether screening tools commonly used to help doctors identify women who are depressed are accurate in figuring out who is depressed.

What did you do to study the topic?

We searched for already existing studies that would help us answer these questions, covering several different types of studies.

Could you describe your findings?

We concluded that screening pregnant and postpartum women for depression may reduce depressive symptoms in women with depression. And, screening a large group of women for depression is likely to reduce the percent of women meeting criteria for depression, presumably because those who screen positive are then sent on to get appropriate assessment and treatment.  Specifically, six studies (that included 11,869 women) showed 18% to 59% reductions in depression after participation in programs involving depression screening, compared to usual care. The ten treatment studies we found that used cognitive behavioral therapy or other similar treatment approaches (which included 1,638 women) supported this conclusion: when screening was used to find women who needed treatment for depression, cognitive behavioral therapy was helpful. Other modes of treatment didn’t have a lot of evidence and we couldn’t determine whether or not they were helpful. We also found that a widely-used screen instrument (the Edinburgh Postnatal Depression Scale), which can be used in primary care settings, did a reasonably good job of identifying women who are depressed.

Do you see limitations to these important findings?

There are some important limitations to our conclusions. First, there were only six screening studies, which is not a very large body of evidence. And, these studies used a wide range of strategies and most included treatment along with screening, so we couldn’t clearly separate the value of screening from the value of the combination package of screening plus consistent, protocol-based treatment. Also, studies reported a wide variety of outcomes, so even though we say that the risk of depression was reduced, some studies only reported that women scored below a certain level of symptoms, not that they were truly depression-free. Finally, when relying on published studies rather than conducting your own screening and treatment studies, it is possible to misunderstand a study’s methods or results, or propagate errors in those studies that we couldn’t know about. However, on balance, we found it encouraging that the separate bodies of evidence were consistent with each other and suggested that depression screening is likely to reduce depression. 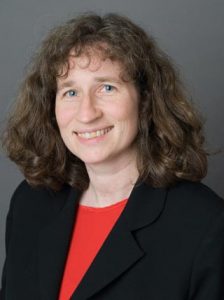 Elizabeth O’Connor is a behavioral health psychologist whose current research focuses on systematic evidence reviews and review methodology, with a focus on behavioral health topics such as depression, suicide, obesity, and health lifestyle counseling. As an investigator and the associate director of the Kaiser Permanente Research Affiliates Evidence-based Practice Center, Dr. O’Connor leads and supervises systematic reviews for the U.S. Preventive Services Task Force. She has led or participated in several dozen reviews and conducted the quantitative analyses for most of them. In addition, she has written two continuing education modules for the Council for Training in Evidence-based Behavioral Practice. Dr. O’Connor began her tenure at the Center for Health Research with a stint as a research analyst in 1988, and then earned her master’s degree and PhD in psychology from the University of Houston. Upon completion of her internship and her postdoctoral fellowship in health psychology at the Portland VA Medical Center, she rejoined CHR in 1996.