Research Blog: Effect of a web-based guided self-help intervention for prevention of major depression in adults with sub-threshold depression

Claudia Buntrock, a PhD candidate at the Faculty of Behavioral and Movement Sciences, Vrije Universiteit Amsterdam, The Netherlands, talks about the article she and her colleagues recently published in the prestigious Journal of the American Medical Association.

Could you describe the aim of the study?

In a large randomised controlled trial (RCT), we investigated whether a web-based guided self-help intervention could help prevent the onset of major depressive disorder (MDD) in a German adult population with sub-threshold depression.

What would you say are the key take-home messages from this study?

First, depression can be prevented using a psychological intervention. Second, it is possible to learn effective strategies for the prevention of depression using a web-based guided self-help intervention.

How would these findings impact clinical practice?

The findings clearly show that one should not wait until a depression has fully developed. If people experience subclinical symptoms and are motivated to do something about it, web-based guided self-help interventions could be an effective strategy. Given that the intervention can be used independent from time and location, the threshold for participants is lower to engage in such an intervention. From a public health care perspective, it is much easier to implement and disseminate such an intervention on a large scale. Moreover web-based interventions are easily scalable. Since most costs of E-health interventions are fixed, the marginal costs per additional user can become quite low due to an economies of scale effect. Findings have already had a huge impact on clinical practice in Germany. Even before JAMA published the findings, one of the largest health care insurance company in Germany (BARMER GEK) decided to implement the intervention. Now about 8 million German inhabitants have access to it. We hope that others will follow this example. Every year in which new cases of MDD could be avoided will both result in considerably less suffering (i.e. the patient himself and also his family) and reduced economic costs. If such interventions should be implemented on a large scale it may be possible to finally reduce the prevalence of depression in the population.

Who would benefit most from this sort of intervention?

Those who are motivated to learn effective and evidence-based practical strategies to improve their mood and cope with first signs of depressive symptoms (such as loss of interest, lowered mood etc.)

Are there individuals for whom web-based interventions may not be helpful?

There are yet no characteristics known for whom such interventions may not be helpful. The most important thing seems to be that people can imagine to work with such a web-based intervention and are willing to try out new strategies in daily life.

What future studies would you recommend to further establish these results? 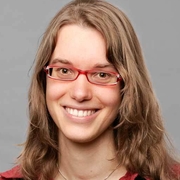 Claudia Buntrock is a PhD candidate at the Faculty of Behavioral and Movement Sciences, Vrije Universiteit Amsterdam, The Netherlands.

Claudia Buntrock on the Web
More on: Depression, Research
Latest update: May 25, 2016