Possibility of Lowering The Blood-Alcohol Limit

Put down those last couple beers at the bar and replace them with some water because there is a possibility that the legal drinking limit will decrease down to one drink. The National Transportation Safety Board is looking to lower the blood alcohol limit which is currently 0.08 percent to 0.05 percent. They are even interested in banning the use of cell phones while driving, including the hands-free devices – no distractions what-so-ever.

Why are we even considering this? The NTSB speaks of how a person’s impairment usually begins before their BAC reaches 0.08. They stated that “by the time it reaches that level, the risk of a fatal crash has more than doubled.”

If this is true, why lower the drinking limit? More people are said to be at the level of impairment when their BAC reaches 0.05 percent so are we putting ourselves and others in danger when we choose to get behind the wheel with a BAC of 0.08?

It’s becoming more prominent now more than ever that there is a zero tolerance for drinking and driving. The NTSB feels That even after 2 or 3 glasses of wine you are too impaired to drive. By lowering the BAC it will become mandatory that people will need to know their limits and how to prevent future DUI’s.

Each person’s BAC varies based upon different factors such as gender, height or weight – A 5’1” woman weighing 110 pounds is going to reach her alcohol limit a lot faster than say a 6’2 man who weighs close to 200 pounds. Find out what your alcohol intake is using the Blood Alcohol Calculator.

The National Transportation Safety Board strongly believes that a driver needs to be focused strictly on the road with no distractions. This is why they feel it is necessary to lower the BAC to 0.05 percent as well as get rid of the use of cell phones entirely.

According to The NTSB, “s 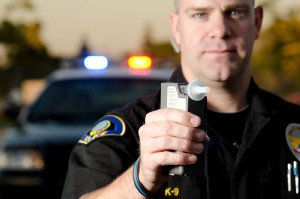 ince people have limited attention, each auxiliary task impairs our processing of the primary task. For safety-critical operations, distraction must be managed, even engineered, to ensure safe operations.”

Although it may be proven that people get more distracted while talking on the phone when driving – even if using a hands-free device, it will definitely be a challenge to get the public to see this as a threat due to the fact we have been using them for a decent period of time.

“It will take a cultural change for drivers to understand that their safety depends on disconnecting from deadly distractions,” said The NTSB.

Overall stay safe and don’t drive impaired, but if you happen to find yourself stuck in a situation regarding a DUI be sure to get in contact with an attorney.

Article originally published on the website of the Law Office of Michael A. Troiano at http://troianovegaslaw.com/possibility-of-lowering-the-blood-alcohol-limit.

on the Web
More on: Alcohol, Drinking
Latest update: February 8, 2017