Up until recently, gaming has always been thought of as a harmless pastime that can be enjoyed by many – but could that all be about to change? Well, according to The World Health Organization (WHO), ‘gaming disorder’ is now a recognized disease that affects the lives of many people around the world. This news was announced recently at the 72nd World Health Assembly where all 194 members of the WHO claimed that online gambling addiction was a genuine problem that needed to be addressed.

According to the eleventh revision of its International Statistical Classification of Diseases and Related Health Problems (ICD-11) which was finalized by the WHO in June last year, the disorder is defined as “a pattern of behavior characterized by impaired control over gaming, increasing priority given to gaming over other activities to the extent that gaming takes precedence over other interests and daily activities, and continuation or escalation of gaming despite the occurrence of negative consequences”.

What Is A Gaming Disorder?

Much like every other form of addiction, be it alcohol, cigarettes, drugs, or online gambling, gaming disorder is a term given to anyone that is unable to control their gaming habits or abstain from gaming at will. Another indication of the disorder stems from how much it affects the personal life of the victim i.e. how heavily it interferes with their social life, their daily routine, their family time, their personal finances, etc.

According to the WHO, “for gaming disorder to be diagnosed, the behavior pattern must be of sufficient severity to result in significant impairment in personal, family, social, educational, occupational or other important areas of functioning and would normally have been evident for at least 12 months.”

Though the decision has received opposition from numerous video games lobbyists and trades bodies who claim that more research needed to be carried out to validate these claims, the WHO accepted the ICD-11 regardless and its classification will come into effect January 1, 2022.

What Does This Mean for The Future of Gaming?

Now that ‘gaming disorder’ is a recognized illness, we can expect there to be a much deeper investigation into the effect games have on the mental health of people who play them, along with an increase in the number facilities and medical professionals dedicated to treating the illness with gambling addiction recovery programs.

Speaking on this subject, the WHO claimed that: “The inclusion of gaming disorder in ICD-11 follows the development of treatment programs for people with health conditions identical to those characteristic of gaming disorder in many parts of the world, and will result in the increased attention of health professionals to the risks of development of this disorder and, accordingly, to relevant prevention and treatment measures.”

Following on from the WHO’s recognition of gaming disorder, game developers will now be forced to reassess and, if necessary, increase the safety measures implemented in their games to prevent users from suffering any harm. As well as looking out for the well-being of their customers, any game developers that fail to address this issue seriously could be subject to huge legal troubles if they have not done so by the time the classification comes into effect 18 months from now.

In a study carried out at the University of Adelaide in 2014 on the effects of simulated gambling in digital and social media games in children, researchers found a boost in gaming habits of 3 to 5 times the baseline level. These games prepared children for an easier adoption of real money gambling later in life.

What Else About Online Gambling Addiction?

The recognition of gaming disorder as a genuine illness by the WHO could cause huge problems for the Online Casino Gaming industry as they may be forced to battle further restrictions on how their games are distributed, managed, and developed. At present, there are already many strict regulations in place that online casinos must follow, and this new recognition of gaming disorder could create further obstacles for them.

Denial plays a vital role in addiction. Rather than accept the harsh realities of their addiction, gambling addicts choose to believe a set of myths vs. the real facts of their reality.

Can Gambling Addiction Be Cured? – We Have To Wait

Though it may be too early to tell just how much of an impact the WHO’s decision will have on things like eSports betting, online casino gaming, and gambling in general, it would be wise to assume that the online casino gaming will have to make some changes in the future. However, until classification comes into effect January 1, 2022, we will just have to wait and see what new regulations arise, along with what measures are taken by these online casinos to ensure those regulations are met.

A version of this article was first published on SBS. 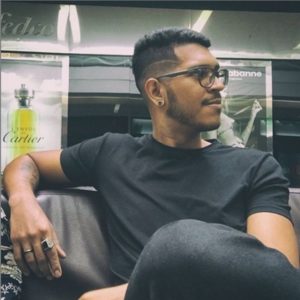 Gustavo is a dedicated mixed martial artist, UFC die-hard fan, and bettor. He’s responsible for our MMA fight breakdowns and UFC picks here at SBS while he’s taking a break from his Muay Thai, Boxing, Wrestling or BJJ training. He is the SBS’ king of Mixed Martial Arts.