Non-Drinking Benefits – Learn from the Expert (That’s Me!)

It isn’t hard to find literature listing the benefits of drinking alcohol in moderation. The difficulty lies in defining “moderation” and staying within those limits. While it may be true that alcohol has its benefits, if you look at the facts about alcohol, the risks often outweigh the benefits. Abstaining completely is the best way to avoid those risks and seek alcohol treatment if you already have a problem.

Aside from the immediate benefits of not drinking, things such as no hangovers, no DUI’s, and no “I can’t believe I did that” mornings, there are many less obvious benefits.

The liver performs many functions that are vital to survival. Its main function is to filter toxins from blood as it passes from the digestive tract to the rest of the body. It also metabolizes drugs and produces proteins that control, among other things, the clotting of blood. Around 90% of consumed alcohol is metabolized through the liver. It can process only around ½ oz. of alcohol each hour. If more than that is consumed, the liver can’t process it quickly enough and the blood alcohol level rises. Too much, or prolonged use of alcohol causes damage to the liver and it becomes unable to filter out not only alcohol but other toxins as well. This leads to multiple health issues and can cause death.

Alcohol affects the brain cells. Prolonged overuse can result in brain lesions and damage memory and cognitive function. In some cases, it may damage long term memory. It also has more immediate effects on the brain. There is a good reason for the warnings about operating machinery or automobiles under the influence. It slows reaction time, affects motor skills, and impairs both judgment and decision making. Anyone who has ever had a hangover knows that these effects can last well into the next day (or longer). Because it lowers inhibitions, alcohol increases the risk of violence, teenage pregnancy, and risky sexual behavior.

Of all the facts about alcohol, the fact that sex is actually better without it is perhaps the least widely known. Prolonged alcohol abuse can cause hormonal imbalances in the body. It can cause the body to produce excessive amounts of the female hormone estrogen, which may lead to impotence or sexual dysfunction in men. In women, this hyposecretion of estrogen may lead to breast cancer. Not drinking allows your body to maintain normal hormonal levels, reducing the risk of a variety of related ailments.

These are only a few of the benefits of not drinking. Alcohol has also been linked to some types of cancer and heart disease. One of the biggest dangers of using alcohol is that it is very easy to overuse it. While there may be some benefits to drinking a glass of wine with your dinner, the number of ailments that it can cause (as well as their severity), exceed any benefits that it may provide. 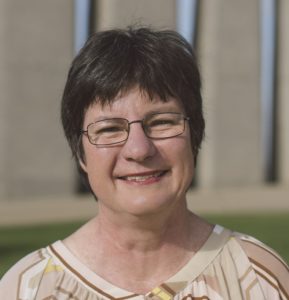