Social Media Research: Is Instagram Use Related to Loneliness? It Depends.

This study explored (1) how various Instagram activities were related to users’ feeling of loneliness, and (2) how these associations varied as a function of one’s tendency of comparing themselves with others.

Social media have become an integral part of many people’s lives, and social media users can perform various activities on these platforms, such as browsing, broadcasting information on one’s own profile, and interacting with others through private messaging and commenting. Earlier research often investigated the correlation between the overall amount of social media use and psychosocial outcomes without attending to the nuanced implications of these different activities.

One abovementioned association, however, was stronger for some users than others. Social media platforms provide rich information for users to engage in social comparison or comparing themselves with others, and findings of this study suggested that this tendency for social comparison would cancel out the potential benefit of Instagram interaction. That is, although Instagram interaction with others was related to lower loneliness for the overall sample, this association only held for those who tended NOT to compare themselves with others when users’ orientation for social comparison was taken into account.

A person’s use patterns of and activities on Instagram can predict his or her feelings of loneliness and how they compare themselves socially to others (Image source: Pixabay)

As social media become increasingly popular, many people are eager to learn whether social media use is beneficial or detrimental to one’s well-being. It is important to be aware that different use patterns are associated with well-being in different ways, and users’ tendency of engaging in social comparison also plays a role. In other words, the focal question should not be “Does social media use benefit or do damage to users?” Rather, a more informative question would be “Which ways of social media use are related to positive outcomes and which would do the opposite?”

Social media users and mental health professionals may promote healthy social media use by considering these findings. According to this study, using social media to interact with others or browsing social media content may reduce one’s feeling of loneliness. An alternative way of explaining the correlations is that those who are already well-connected and less lonely engage in more frequent Instagram interaction and browsing, likely because they have more Instagram contacts. From this perspective, one’s social media use patterns may provide mental health professionals with a window to a person’s social connectedness. (Note, however, that while social media interaction has been consistently found to relate to better psychosocial outcomes, the correlation between browsing and psychological well-being has been mixed. More research on this relationship is thus needed.)

On the other hand, frequent broadcasting on social media may reflect one’s state of loneliness, and the broadcasted messages may be a subtle call for support. Being aware of this possibility may allow mental health professionals and general social media users to provide timely help to those who are in need.

Finally, social media users may want to be more mindful when using social media, trying not to compare themselves with others. After all, the tendency for social comparison would suppress the potential benefit of some social media activities.

The study involved survey data collected at a single time point; future research adopting an experimental or longitudinal design would help to clarify the temporal or causal direction of the associations. Also, it would be interesting to examine how many and what comments social media users receive for their own posts, and how the quantity and quality of such audience feedback contribute to users’ loneliness and psychological well-being. 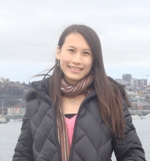 Chia-chen Yang, Ph.D., is an Assistant Professor of Educational Psychology at the University of Memphis. Her research focuses on adolescents’ and emerging adults’ psychosocial development in the digital era. Specifically, she studies young people’s use of social media and its association with their well-being, social experiences, and identity/self-development.