I have studied the psychological impact of technology for 35 years! And in my opinion, the last ten years—since the smartphone became a must-have appendage—have shown a dramatic change in the way technology is impacting everyone. Do you feel a pull to check your phone when you are bored? Do you sneak a peek even when you are supposed to be with friends and family? Have you felt those pesky phantom pocket vibrations, sure that you just received an alert or notification only to find that it was just and itch? These dramatic changes were the impetus for our study on what we call, “iDisorders” or psychiatric problems caused by our enmeshment with technology.

1,100 Teens and adults were surveyed about the impact of their technology use on mood and personality

This study examined the impact of a variety of uses of technology on signs and symptoms of nine major mood and personality disorders such as Depression, Mania, Obsessive-Compulsive Personality Disorder and Narcissistic Personality Disorder. More than 1,100 teens and adults (ranging from 18 to 65 with an average age of almost 31) took an online survey that looked at how much they used various technologies including traditional media such as television, email, and music as well as more modern media such as texting, being online and using Facebook. In addition, a set of survey items examined attitudes toward technology as well as technologically related anxiety with an emphasis on the impact of being separated from technology and media.

In this study we were particularly interested in the use (or lack of use)of specific technologies that might predict more or fewer symptoms of those psychiatric disorders. We were extremely careful to remove any effects of variables such as age, gender, educational level, socio-economic status and cultural background as they all affect the prevalence of psychiatric symptoms. To be overly cautious we also removed the effects of technology-related attitudes and technological anxiety (sometimes called FOMO or fear of missing out). These two have also been shown to predict signs and symptoms of psychiatric disorders.

Technology use can predict personality disorders

We hypothesized that different uses of media and technology would still predict symptoms of each of nine disorders with more technology use leading to more symptoms. The results were mixed providing interesting insights. We did indeed find that more symptoms of all personality disorders were predicted by more use of some form of technology use and that Facebook use accounted for nearly all of those predictors. For example, more Facebook friends plus more use of Facebook to manage one’s impression (posting more often, ‘liking” more often, etc.) plus more general Facebook use (more hours per day) predicted more symptoms of Narcissistic Personality Disorder while increased symptoms of Antisocial Personality Disorder was predicted by more general Facebook use plus listening to music more hours a day. These made perfect sense as much has been made of the increase in narcissism among young adults and the rise in cyberbullying has often been attributed to the same signs that define Antisocial Personality Disorder.

Depression has been a hot topic of study in psychology and the American Pediatric Association’s Council on Communications and Media asserted in 2011 that “facebook depression” was a potential problem for tweens and teens. (O’Keeffe & Clarke-Pearson, 2011). Other work had shown that a variety of uses of technology including excessive texting, video gaming, chatting, etc. were related to more symptoms of depression. Our work found somewhat of a different picture. For Major Depression, again after factoring out all possible alternative explanations, spending more time online each day did predict more symptoms. However, having more Facebook friends as well as spending more time on the telephone predicted the opposite – fewer symptoms of Major Depression. Those same two social connections—more Facebook friends and more time on the phone—also predicted fewer symptoms of Dysthymia (less severe, but longer lasting depression). Although only predictive, this suggests that having more friendships, whether virtual or real, can help one deal with possible symptoms of depression but perhaps spending too much time online might contribute to some depressive symptomology. The latter has been referred to as emotional contagion or Facebook envy, too possible ramifications of spending too much time online.

How do we save out “humanware” while constantly using technology?

This study was the impetus for the 2012 book, iDisorder: Understanding Our Obsession With Technology and Overcoming its Hold on Us, where my colleagues, Dr. Mark Carrier, Dr. Nancy Cheever and I explored the impact of technology and media use on a variety of psychiatric disorders and provided ways to self-asses disorder symptoms as well as ways to consider alleviating the impact of technology and media on mental health. Here are a few of those strategies for saving your “Humanware” while getting the most out of your software and hardware:

More tips for keeping yourself mentally healthy are provided in both books! 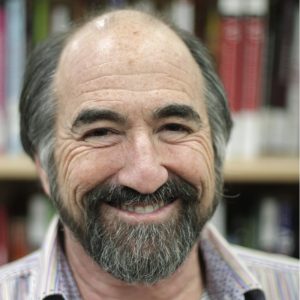 Dr. Larry Rosen is a Professor Emeritus at California State University, Dominguez Hills where he has taught and done research for 42 years. He has written seven books and his work on the “psychology of technology” has been featured in hundreds of media outlets including The New York Times, The Daily Show and CNN. He has four children and lives in Northern San Diego County.