Drunk Driving Facts That Will Change Your Life

Whenever you hear the phrase “dangerous drugs,” what immediately crosses your mind? In all likelihood, it would be words like “cocaine,” “heroin,” and “meth,” and you would be right. All three are indeed dangerous, as they have already ruined countless lives all over the world over the past few decades, and will continue to do so as long as drug traffickers are still in business.

But for all the evils that we attribute to crystal meth, cocaine, and heroin, they are at least illegal.  While business continues to boom for drug traffickers and pushers, they cannot and will never be able to legally open up a store and sell hard drugs in retail. Unfortunately, the most dangerous addictive drug in the world is being sold that way.

When you consider the staggering number of lives it has destroyed since time immemorial, alcohol, which you can readily buy at your neighborhood store as long as you’re 21 and up, is the deadliest drug that has ever existed. And we’re not just talking about the costly fallout of a DUI arrest here. We’re talking about countless deaths from alcohol-related illnesses and acts of violence, as well as drunk driving accidents.

Speaking of drunk driving, here are some facts about it that you might want to consider.

Twenty-nine people die in a drunk-driving crash every day.

The National Highway Traffic Safety Administration (NHTSA) released statistics stating that in 2016, 29 people died every day in an alcohol-related car crash. That means one person died every 50 minutes that year because someone decided to drink and drive.

A BAC below 0.08 isn’t a guarantee you’re not impaired.

All states will consider any driver with a blood alcohol concentration (BAC) of 0.08% or higher as legally impaired, with the exception of Utah, where the limit is even lower at 0.05%.

However, just because your BAC is lower than the state limit does not mean you are not impaired by alcohol. There have been numerous studies showing that a BAC level of 0.02 is more than enough to affect your vision, concentration, reflexes, and your driving skills in general. You may be able to avoid getting arrested for a DUI, but that doesn’t change the fact that you may already be driving impaired, and will likely get involved in a drunk driving crash.

Drunk driving is a criminal act.

All states have laws driving under the influence laws in place, and violating them in any way, shape, or form constitutes a criminal offense. Once you’re arrested for a DUI and eventually convicted, you can expect to serve jail time, probation, steep fines, and all kinds of consequences that come with committing this crime.

As mentioned above, people convicted of a DUI will have to shell out a small fortune to pay for hefty fines and damages. The monetary cost, however, is so much higher than that.

The cost of litigation alone is enough to put you in the red. If you have to serve time in jail, then you will lose the opportunity to work and earn money for its entire duration. And once you get out of prison, you might no longer have a job to go back to, or finding a new one would be very difficult because you already have a criminal record. To top it all off, your car insurance premiums will skyrocket.

There is no upside to driving while under the influence of alcohol. Drunk driving has already ruined countless lives. Don’t let it do the same to you, your loved ones, and other people who could get hurt, all because you decided to drink and sit behind the wheel. 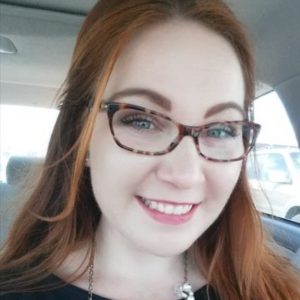 Michelle White currently works as the Marketing and Communications Specialist at Law Offices of Brian D. Sloan. Her experiences with DUI cases in the past have inspired her to spread awareness about DUI laws in the United States.