Children with autism spectrum disorders typically show more deficits in working memory, flexibility and generativity, i.e. the ability to generate novel behaviors in times of changes than their peers, which is important for caregivers to recognize in order to provide the best and most effective support

Executive functioning has received a lot of attention as an essential aspect of child development in recent decades. Executive functioning is shown to predict school readiness and academic success especially math and reading competence. It is also shown to closely relate to adult outcomes such as career, marriage, and mental as well as physical wellbeing. It predicts adaptive behavior in daily living skills and socialization. There is growing evidence that supports the presence of executive dysfunction in individuals with autism spectrum disorder. It is also suggested that instead of being globally impaired, the deficits exist in only certain sub-components of executive functioning in these individuals. Therefore our study attempted to explore the profile of deficits in children and adolescents with autism spectrum disorder through summarizing the current literature in a sophisticated and statistical manner. We also tried to tease out the impact of co-occurring ADHD and intellectual disability on the profile of deficits as these disorders often exist together in individuals with ASD.

We found that children and adolescents do exhibit deficits in executive functioning. In particular, they showed more deficits in working memory, flexibility and generativity, i.e. the ability to generate novel behaviors in times of changes. These deficits are evident even without co-occurring ADHD or intellectual disability.

These findings enable carers of individuals with autism spectrum disorder to be informed of the difficulties these individuals encounter in daily living. We should bear in mind these individuals do not merely encounter social difficulties which were the area where most attention was lavished on. These individuals are also beset with more general and broader difficulties in executive functioning, as tasks entailing adequate executive functioning are ubiquitous in daily activities, from carrying out basic activities of daily living, to learning and working, and to achieving life goals. After acknowledging the presence of such deficits, the next step would be to accommodate such deficits and provide training to alleviate the deficits. Furthermore, as most of the development of executive functioning takes place in childhood to early adolescence, it is crucial that training targeting at these deficits are delivered in an appropriate developmental stage. 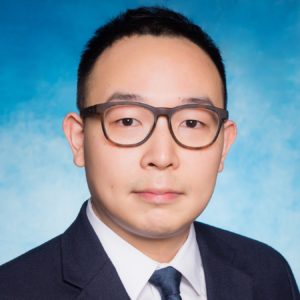 Dr. Lai Chun Lun Eric is an associate consultant in the Department of Child and Adolescent Psychiatry of Castle Peak Hospital in Hong Kong. He is also a council member of the Society for the Advancement of Bipolar Affective Disorder and the Asian Association of Neuropsychopharmacology in Hong Kong. His clinical practice focused on neurodevelopmental disorders as well as behavioral and emotional disorders in childhood and adolescence.