Attention-deficit-hyperactivity disorder (ADHD) is commonly diagnosed in children.  However, there is no specific test that can determine whether it is present; symptoms of hyperactivity and inattention can have many different causes. It is known that many adults who have had this condition in childhood continue to have similar problems in adulthood. However, there is again no reliable diagnostic test to confirm an adult ADHD diagnosis, and many adults who experience some of these symptoms could meet criteria for a different diagnosis.

Our article made several points. First, in recent years, the diagnosis of ADHD has become much more frequent, leading to dramatic increases in the use of stimulants. It is true that some patients feel more focused when taking these drugs, but stimulants have much the same effect in normal people that they do in ADHD.  The result is that people can take these drugs for many years as a form of “cosmetic psychopharmacology”. We do not know what are the consequences of long-term stimulant use in adult populations.

An ADHD diagnosis has to have a childhood onset

Second, over-diagnosis of ADHD often occurs in adults who never had ADHD as children. Some clinicians are unaware that the diagnosis cannot be made without a childhood onset. Claims based on patient retrospection, that it was present in childhood but undiagnosed fail, to take into account the inaccuracy of human memory. An article published by Moffitt et al appeared after ours used a large population sample of people who have been followed since birth, and are now in their 40’s. The results showed that few patients who met the majority of diagnostic criteria as adults had ever had childhood ADHD. But DSM-5 has widened the criteria by including all cases that started as late as age 12. It has been shown that this change could lead to a 65% increase in the diagnosis of adult ADHD.

Third, the testing procedures that are used to confirm a diagnosis of ADHD in adults are non-specific. In general, all they do is to confirm inattention by asking patients to carry out computerized tasks.

Fourth, the trend for diagnosing ADHD in adults is part of a larger problem, in which diagnoses of mental disorders are being given to people who only have normal variations in cognition or personality. Similar problems have led to the over-diagnosis of bipolar disorder and major depression.

In summary, over-diagnosis of adult ADHD is a catch-all used to account for a variety of psychological problems that affect attention. Meanwhile, the over-prescription of stimulants by physicians is reaching epidemic proportions, and the consequences are unknown. 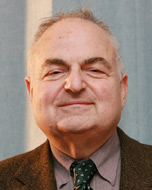