Yes, ADHD is Real and Why We Need to Stop Criticizing Parents Who Seek Treatment for Their Kids

By Hannah Elisabeth Korrel, Ph.D. student at the University of Melbourne 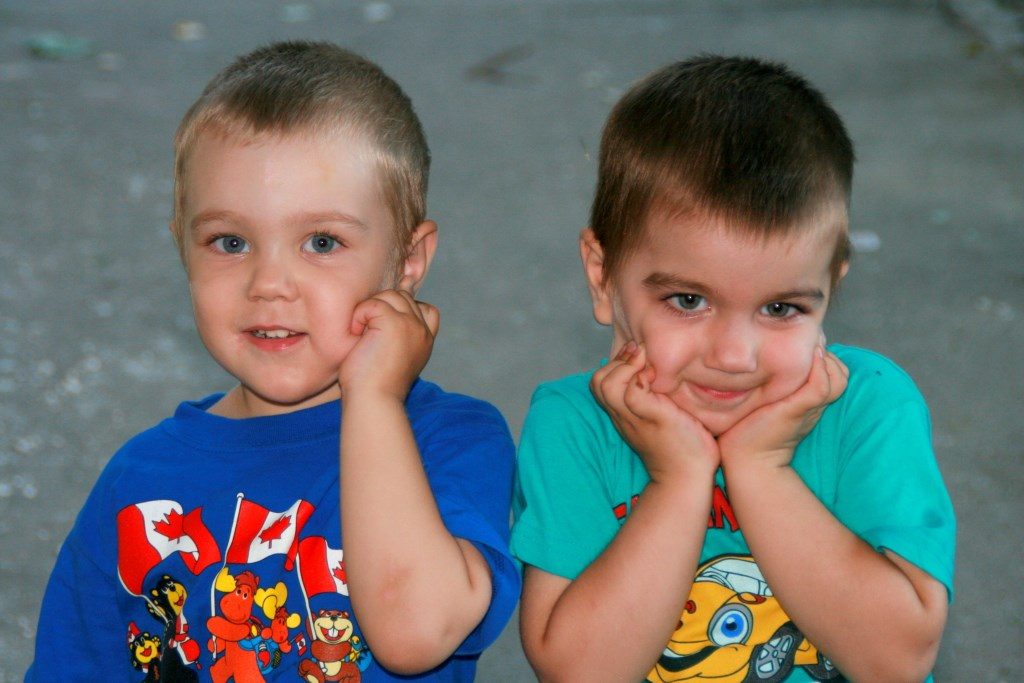 Worried that you or someone you care about has an issue with their attention and concentration? Perhaps these issues are so dramatic you/your child is not able to do ‘normal’ things. In fact, they are very far from ‘normal’, they are functioning in the ‘abnormal’ range.  Unable to keep a train of thought, persist with an activity, or even have a cohesive conversation because their flight of thoughts is so sporadic they can barely get one sentence out before their racing mind has moved them on to the next idea.

There is a lot of misinformation on ADHD. Some articles even suggest it is ‘not a real disorder’.

This article is to help individuals get information about ADHD.

Here are some common myths busted and FAQ about ADHD:

MYTH: ADHD is not real, as evidenced by the fact it’s been increasing over time and it mainly effects western cultures.

Some researchers have reported a greater prevalence of ADHD in Western cultures (Timimi & Taylor, 2004) and increased incidence of diagnosis over time (Safer, 2015), but the reasons for this apparent geographical specificity and increased prevalence were outside the scope of these studies to comment upon. Meaning, they could not scientifically comment on this issue because they didn’t actually test it.

Lack of knowledge about the disorder within the general public coupled with media reports of over diagnosis and heavy-handed medication prescription has fuelled concerns about the validity and true prevalence of ADHD (dosReis, Barksdale, Sherman, Maloney, & Charach, 2010; Lebowitz, 2016; McLeod, Fettes, Jensen, Pescosolido, & Martin, 2007; Schwarz & Cohen, 2013). 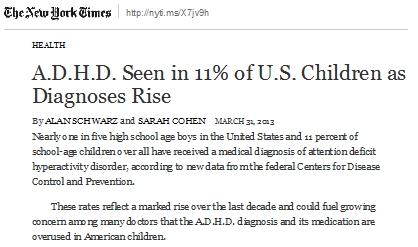 This fear has been somewhat quelled, at least in the medical domain, by a recent comprehensive meta-analysis of 154 prevalence studies of ADHD (1985-2012; Polanczyk, Willcutt, Salum, Kieling, & Rohde, 2014). The review found no evidence of increasing prevalence rates over time when put in the context of normal population growth, nor did the review find a significant difference in prevalence rates according to geographic location. Furthermore, the review found that variability seen in prevalence estimates over time and between geographic locations was associated with the diagnostic criteria that were used and cutoffs for impairment severity.

What does this mean? ADHD is not being over-diagnosed. Higher rates of ADHD diagnosis just reflects increased population growth and the fact some studies use different methodologies.

Why is it dangerous to propagate the idea that a disorder isn’t ‘real’ without proper scientific support?

The notion that ADHD is not a ‘real’ disorder has been linked to a mistrust of medical professionals diagnosing the disorder, stigma towards parents of children, and children themselves, newly diagnosed with ADHD, and, most concerningly, a reluctance from parents to seek ADHD treatment (dosReis et al., 2010; Lebowitz, 2016).

What does this mean? Not only is there plenty of evidence that ADHD really does exist- telling parents that it is not ‘real’ based on unscientific anecdotal information may make individuals or parents afraid to seek treatment due to the stigma.

What happens if I do have ADHD but it never gets treated?

Thirty-year prospective studies have indicated that ADHD is linked to poor quality of life, and significant impairments in language development, educational, social, employment, and financial domains (Klein et al., 2012; Korrel, Mueller, Silk, Anderson, & Sciberras, 2017). ADHD is also known to relate to greater rates of criminality in adulthood (Satterfield et al., 2007). Although it is possible to ‘grow out’ of the disorder over time, deficits associated with ADHD are estimated to persist into adulthood in 50-65% of cases (Faraone, Biederman, & Mick, 2006; Gallo & Posner, 2016; Spencer, Biederman, & Mick, 2007), meaning that the impact of the disorder can have significant long-term implications for those affected.

If you don’t believe the social and psychological impact of ADHD, there is also measurable differences in the brains of individuals with and without ADHD. In terms of total brain volume, neuroimaging studies have consistently shown that both children and adults with ADHD tend to have approximately 3-4% less overall cerebral volume than controls, both in the white and grey matter (Greven et al., 2015; Krain & Castellanos, 2006; Wasserstein & Stefanatos, 2016). The finding holds even when environmental and medical influences are taken into account (Castellanos et al., 2002).

Volumetric differences have been reported to normalize with age, and the use of stimulant medication is also associated with the normalization of the brain structure in people with ADHD (Nakao, Radua, Rubia, & Mataix-Cols, 2011). Indeed, children with ADHD who are not pharmacologically medicated for the disorder have significantly less brain volume compared to those who are (Castellanos et al., 2002; Shaw et al., 2009).

What does this mean? This means that if ADHD symptoms are not treated that individual can go on to have a poor quality of life in terms of poor academic achievement, social skills, employment opportunities and stability, criminal behavior – not to mention the double whammy of one or more of the many common comorbid disorders seen with ADHD. It is important therefore that individuals seek appropriate medical advice about their symptoms, and continue to have regular reviews with their doctor about how their treatment is going, and how they symptoms are changing with age – remember, many people ‘grow out’ of ADHD with time, so there may come a day when the ADHD treatment is no longer necessary.

What is the treatment of ADHD?

There are lots of treatments for ADHD, not just drug related ones.

ADHD can be treated via behavioral and/or pharmacological interventions. Medications fall into stimulant (such as methylphenidates and amphetamines) and non-stimulant (such as atomoxetine and adrenergic agonists) categories. They function to reduce ADHD symptomatology by increasing the levels of certain neurotransmitters in the brain, a secondary effect of which is the improvement of attention and concentration (Bidwell, 2016). For example, the stimulant medication, Ritalin, increases dopamine levels, while the non-stimulant medication, Strattera, increases norepinephrine levels.

Other forms of treatment include psychosocial, cognitive and dietary based interventions. The main psychosocial interventions are behavioral therapy, which describes the use of behavioral reinforcement strategies and skills training to aid in the development of desirable behaviors (e.g., the development of organizational skills such as time management). Behavioral therapy can also often include the teaching of management strategies to parents of children with ADHD. Cognitive-behavioural therapy (CBT) is also often utilized in ADHD treatment. CBT focuses on the thought processes underlying behavior, such as creating better self-awareness and regulation through mindfulness strategies, and identification of negative and/or automatic thoughts.

Both stimulant and non-stimulant medications are associated with common adverse side effects such as insomnia, irritability, aches, nausea, abdominal pain, reduced appetite, and weight loss. Despite their side-effects, randomised control trials  (RCT) have found that methylphenidate and amphetamine medications are highly effective for reducing problematic ADHD symptomatology, with amphetamines showing significant reductions of hyperactive-impulsive symptoms in particular (Chan, Fogler, & Hammerness, 2016).

A recent meta-analysis comparing the efficacy of psychosocial interventions using RCT reported that they had a modest relationship with functional improvements in ADHD symptomatology, with inconsistent results across RCTs (Chan et al., 2016). Psychosocial treatments appear to have greater benefit for academic outcomes and organizational skills improvement, rather than ADHD symptoms per se.

As such, the latest recommendations for ADHD treatment for adolescents recommend a combination of daily pharmacological therapy and targeted psychosocial treatment strategies to improve parents’ management skills of their children, as well as the problematic organization and/or academic skills of the child themselves (Bidwell, 2016; Chan et al., 2016).

Where can I get more information?

If you did want some useful information about ADHD here are some steps you can follow: